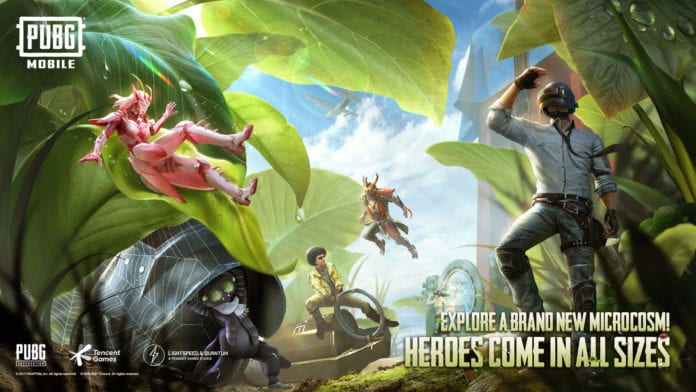 A new update for PUBG MOBILE will let players shrink themselves down to fight in the new Traverse-Insectoid mode.

PUBG Mobile’s Version 1.4 update takes lots of cues from classic stories like Honey I Shrunk The Kids, or something more recent like Grounded. Here’s the description for the new mode-

The Traverse-Insectoid mode allows players to use shrinking technology in order to transform down to the size of an insect. By selecting Erangel’s new themed mode, players will find five strange labs to explore. Each one will hold a mysterious Quantum Transformation Device. Players who interact with this device will be transformed into a miniature insect-sized player. In this state, players can’t use any equipment in their backpack, but instead will be armed with a homing missile launcher with unlimited ammunition! They will also be able to fly around the lab, but watch out, players that stray too far from the labs will be transformed back to full size. Insectoid players can’t be harmed with normal weapons, however they can be knocked out of the air with pan attacks.

While Indian gamers still can’t officially play the game thanks to its ban in 2019, it might not be long from its replacement Battlegrounds Mobile India receiving a similar content update.