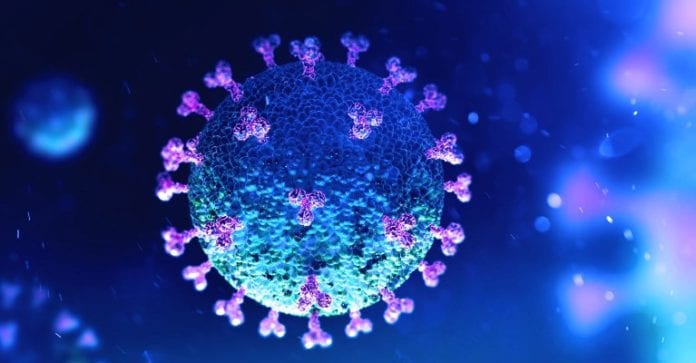 People all over the world are eagerly waiting for any new signs of hope. Doctors and researchers are working towards finding a treatment for COVID-19. In light of this, scientists are now focusing on another part of the body: the nose.

Studies suggest that the virus that causes the illness gains its foothold by infecting certain nasal cells. Hence, the nose has come forward as an important aspect while finding a treatment for COVID. According to an article published on Science News, preventing this nasal invasion might be powerful enough to change the course of the pandemic.

What professionals who study the nose say

There are no such therapies so far, but people who study the nose bring fresh perspectives about the early stages of COVID-19. Scientists are developing ways to prevent the virus from settling into the nasal cavity. Some of these include a nose spray that smothers and inactivates a key viral protein. Disinfectants that are commonly used before sinus surgeries and dilute baby shampoo misted up the nose are also among the various alternatives being tested by doctors.

Andrew Lane is an otolaryngologist and rhinology specialist at Johns Hopkins School of Medicine. He says he is a nose person, but to most people noses don’t usually capture a lot of interest. Now it has become the centre of everyone’s attention. “The nose is a place where the virus is setting up shop,” Andrew Lane explained.

In a recent study, he and his colleagues measured levels of a protein on human cells known as ACE2. It is thought to be one of the ways the virus can infect the cells. A collection of tissues were taken from the noses and throats of people. The upper back part of the nasal cavity, which is known as the olfactory epithelium, was packed with ACE2. This spot is also where the small cells are located. Note that symptoms of COVID-19 include loss of smell.

In the image below, we can see incredibly bright signals coming from the olfactory epithelium. In the European Respiratory Journal published on September 1, researchers report that these ACE2 signals suggest that these cells might be key entry ports that allow the virus to spread to other parts of the body, and also move out again to infect other people.

Nanobodies are specialized immune proteins found in camels, llamas, and alpacas. These proteins help fight off invaders in the body. They are smaller and hardier than their human antibody kin. It was found in a study by biochemist Aashish Manglik and cell biologist Peter Walter (University of California) that custom designed nanobodies can smother the spike protein that the coronavirus uses to enter the cell.

Even though it hasn’t been tested on people yet, the preliminary results show that once these nanobodies are neutralized, the virus cannot enter the human body. The researchers also found that these were stable when dried and aerosolized, and thus can be made into a nose spray. Walter and Manglik hold the patent on these specially designed nanobodies and they hope to begin testing soon on laboratory animals, and humans eventually. There is hope that it can be used for the treatment of COVID-19.

Treatment for COVID: Wash away or kill virus in the nose

In an article published in the Ear, Nose & Throat Journal on June 10, it was found that a dilute solution called povidone-iodine may be used for the treatment of the COVID-19 virus in the nasal cavity and throat. Some researchers are looking towards a more basic solution: A mixture of soap and salt. Saline rinses can remove bacteria and allergens from the nasal cavity and deal with symptoms of allergies, sinus infections and cold.

Researchers are currently running a trial at Vanderbilt University in Nashville. Justin Turner is a nasal and sinus surgeon and rhinologist and is one of the researchers. He says that its common knowledge that the virus is sensitive to soaps and surfactants. Since washing hands with soap is a good way to kill the virus, it may work for the nose as well. Lane says that it is possible that this nose rinse may stir up the virus and help it spread, but the idea of a nose rinse is promising. There is a lot of merit to it.