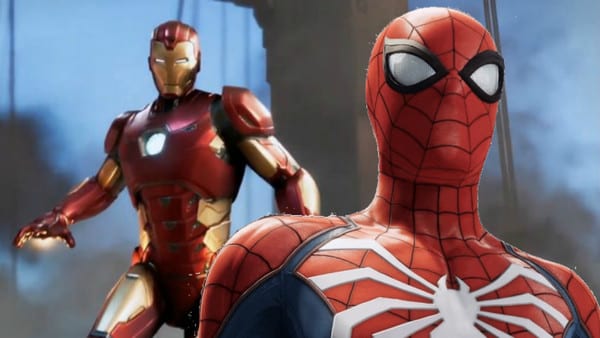 The much awaited, and controversial, superhero brawler Marvel’s Avengers just announced yet another big twist that only stirred up more controversy in the community, right a month before launch. This doesn’t seem good for the game’s already not-so-good general reception.

While Square Enix is aiming for a cross-gen release this September throughout consoles as well as Stadia, one of the biggest characters in-game will be locked exclusively to PS4. As you would guess, it’s none other than our friendly web crawler.

Good for Sony, Bad for Players

Sony acquired the IP rights to Spider Man back in 2018 and stole the show with the console-selling PS4 exclusive. Since then Spider-Man: Miles Morales has also been announced as a launch title for the PS5. By this point it’s clear that Sony isn’t planning to let go of Spidey anytime soon, especially now that even non-exclusive games are getting exclusive playable characters.

He’ll be added free in 2021 via an in-game event with “unique challenges” for the hero to face, bringing in his web-slinging movement and fast-paced action. Although this is a moment of joy for PlayStation users in the never-ending console war, this just brings down Spider Man to a guest character into the living world that Crystal Dynamics is building in Marvel’s Avengers.

Binding Spider Man only to their consoles is a great business tactic, giving people one more reason to hop on the PS5 bandwagon, but it’s not too consumer-friendly considering how it’s basically just restricting a big chunk of its players off from a huge gameplay element, while they pay the same.

This also raises a lot of questions – being a PlayStation-exclusive character, how will Spidey “fit” into the story without breaking it for other platforms? Does this mean even more extra content exclusive to PlayStation, or does he just abruptly drop in out of nowhere? That’s something we’ll find out soon, hopefully.

Though, it won’t be directly connected to Spider Man PS4 in such a way that you might miss something if you haven’t played the 2018 exclusive.

It’s also worth mentioning that it’s currently unconfirmed if this will be permanent, or is just a timed-exclusive. Although I wouldn’t be too surprised if it’s permanent, seeing how it can profit Sony with time, as the game will later come out on PS5 as well. I’m still hoping that other players can get to experience the web-slinger in his full form as well.

The Beta access will consist of a broad selection of the game’s missions and modes in the Open Beta. You’ll start with the initial Golden Gate Bridge demo, which introduces how a variety of heroes play and leads up to the “A-Day” disaster.

The developers say you should expect to spend about 25 minutes playing through the Golden Gate Bridge demo, and that’s just the start. After that, you can follow the story to two new Hero Missions starring Ms. Marvel and the Hulk.

Beta access starts from tomorrow, here are the dates according to your platform:

Marvel’s Avengers comes out 4 September, 2020 on PC, PS4, Xbox One and Stadia, and later to next-gen consoles.

We’ve already got our hands on the PS4 beta, so stay tuned for our first impressions!