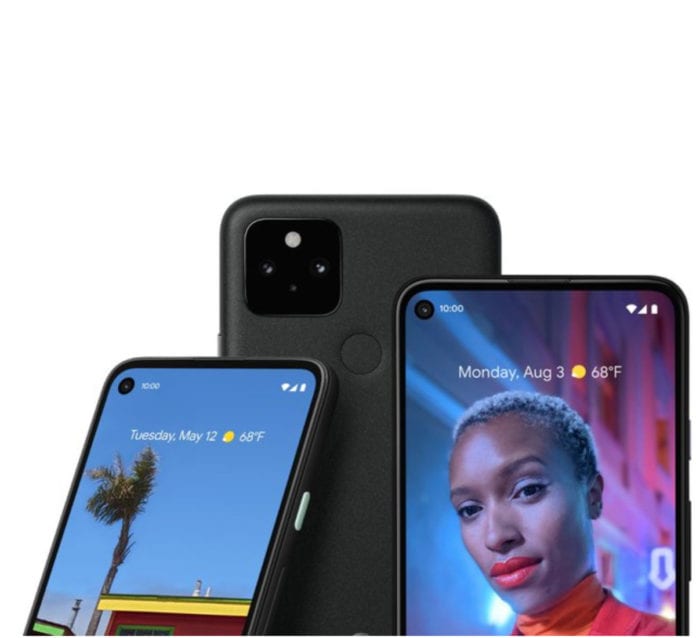 Google’s latest shot at the flagship market is the updated line up of Pixel devices — Pixel 5 and Pixel 4a 5G. Google has outgrown the gimmicks that it had previously used in last year’s devices and now banks solely on Pixel’s original USP — the Camera & the clean and authentic Android software experience. So what’s new? Let’s see.

2020 sees a drop of $100 from last years $799 Pixel release. While the price cut will surely bring in new customers, the shift from Snapdragon’s 800 series processor is a stark departure from past trends.

The new Pixel 5 is powered by the Qualcomm SnapDragon 765 SoC. Google’s flagship devices usually go head-to-head with Samsung and OnePlus’s flagships, that currently ship with the Snapdragon 865 or Snapdragon 865 Plus processors, but cost a ton more. With Qualcomm’s X52 modem integrated the 5 boasts of 5G capabilities.

The phone will be shipping with 8GB RAM and 128GB of onboard storage. One big miss with rather sceptical 128GB of storage is the lack of a MicroSD card slot.

The design of the smartphone stays to its predecessors with clean and minimalistic lines all around. Unique to Google’s latest smartphone is the aluminium shell design instead of polycarbonate or glass back. While the device lacks too many design flares, it’s amazing how Google has packed in wireless charging (and reverse wireless charging!) despite a having a metal body.

The front end sees the omission of the Motion Sense related hardware — so gone are the radar-based tech that was also supposedly used for 3D facial recognition. All this makes way for the 6″ FHD+ OLED 90Hz display flanked by slim bezels.

At the rear, the Imprint fingerprint sensor sits ergonomically. The positioning and dimple hark backs to Motorola days when the M logo used to house in the back dimple. The smartphone comes in 2 colours —Just Black and Sorta Sage.

The camera set up of the Pixel line up has single-handedly set the gold standards for mobile photography for quite some time now. And for 2020 Google has dropped in a 16MP 107-degree wide-angle camera alongside a 12.2MP 77-degree main camera with OIS and EIS. On the front, an 8MP sensor does duty for taking selfies and now supports portrait mode in Night Site mode.

Google’s software tricks have made the phone’s mainstream camera hardware do wonders. Adding to it this year’s devices come with AI-powered Portrait Light to adjust the lighting in portrait shots and a Cinematic Pan for stabilized panning shots.

Although Google has removed the telephoto lens, the phone still benefits from a software-driven Super Res Zoom. Along with this, there are 3 new modes of stabilization for smoother video shooting.

The 5G ready smartphone ships with 4080mAh battery, a massive jump from last year. It comes with 18W fast charging along with 10W wireless charging. The phone also supports reverse wireless charging. Google has also introduced an Extreme Battery Saver mode which makes the newly launched devices survive up to 48 hours on a single charge. This feature will come to older Google’s smartphones also.

The Pixel 5 supports millimeter-wave 5G as well as sub-6GHz 5G. This practically means that it work at higher speed LTE (sort of like 4.5G!) when pure 5G signal is unavailable.

Pixel 4a: The one that’s coming to India

Pixel 4a 5G sits below the Pixel 5 and looks like a compromise in between. It ditches some of the features that the 5 has and drops down the price to $499. Sounds like a steal?

The 5G version of 4a smartphone comes with a larger 6.2 inch FHD+ OLED panel but has a slightly lower 413ppi and settles for 60Hz refresh rate. The battery size, although up from last year’s 4a, at 3885mAh is lower than the 5.

Also Read: Everything about Google’s New Chromecast has Leaked — Ahead of Launch on September 30th

The 5G variant of 4a misses out wireless charging, IPX8 water resistance, Corning Gorilla Glass 6 on the front and the Sorta Sage colour option. However, it retains the 3.5mm headphone jack.

The Pixel 4a 5G comes with the same 765G processor coupled with a lower 6GB RAM and 128GB of storage. The camera hardware is identical on both the smartphones and comes packed with the 12.2MP dual-pixel main camera and the 16MP ultra-wide sensor.

The Pixel 5 goes on sale for $699 in eight countries outside the US from October 15th and from October 29th in the US. India will not get the Pixel 5.

The Pixel 4a 5G goes on sale for $499 in Japan on October 15th and sometime in November for countries outside Japan. It will launch in India on October 17th.