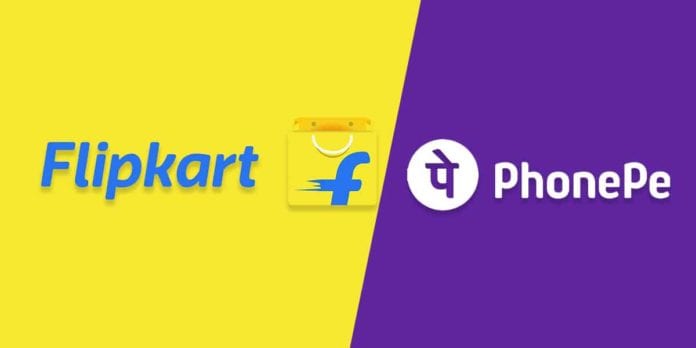 The leading UPI giant, up until now, was partially spun-off by its parent company, Flipkart as this “gives PhonePe access to dedicated long-term capital to pursue our vision of providing financial inclusion to a billion Indians,” according to Sameer Nigam, founder and CEO of PhonePe. This new strategy was kicked off by securing $700 million in a new financing round.

PhonePe, while not disclosing the name of the round, said that the round was led by Walmart, with participation from some existing investors. This gave the company a post-money valuation of $5.5 billion.

PhonePe no longer relies on its parent company for its transactions

This new move means that Flipkart’s stake in the company will get reduced to 87% from the previous 100%. Although, Flipkart will remain the major investor in the payments company and “will retain their close collaboration”, the company said. This can prove to be a big boost to the confidence of the investors of the company. It has been engaging with investors for new capital for several quarters and, according to TechCrunch, has struggled to raise funds at a $3 billion valuation earlier this year. PhonePe was the first to launch on UPI in India. Since then, it has expanded the use cases to travel booking, financial services, food ordering, recharges, etc. PhonePe has amassed over 100 million daily active users in the country.

“As Flipkart Commerce continues to grow strongly serving the needs of Indian customers, we are excited at the future prospects of the group. This move will help PhonePe maximize its potential as it moves to the next phase of its development, and it will also maximize value creation for Flipkart and our shareholders,” said Kalyan Krishnamurthy, CEO of Flipkart Group, in a statement.

Competition in Indian digital payment market about to get fierce

This comes on the back of the blow PhonePe and Google Pay suffered last month when NPCI put a 30% UPI transactions limit on third-party apps. PhonePe currently leads the UPI transactions market in India, has reported 835 million UPI transactions, ahead of Google Pay’s 820 million, in the month of October. UPI (Unified Payments Interface) is a four-year-old payment infrastructure developed by the biggest banks in India, and also the most popular way of digital payments.

Both the apps compete with PayTM, which is backed by SoftBank and Alibaba. And with WhatsApp, having over 400 million users in the country, having started their own UPI service in its second-largest market, the competition is about to get fierce. And why wouldn’t it get fierce, as the Indian mobile payments market is expected to reach $1 trillion by 2023.