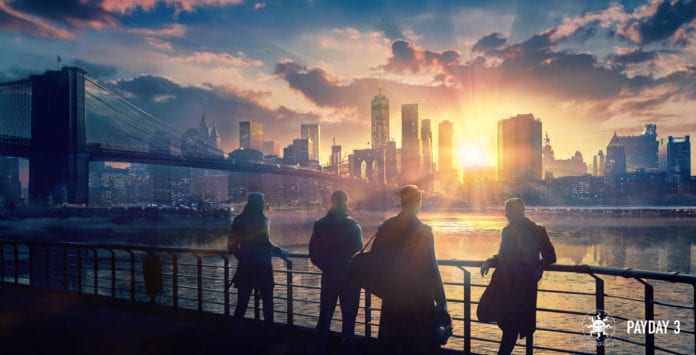 The third instalment in the PAYDAY franchise will be co-published by Starbreeze and Koch Media, with a target release date of 2023.

The future of all IPs under Starbreeze looked to be in trouble when a majority of the assets under the company were sealed and the company split up into two halves in order to prevent a declaration of bankruptcy. The main publishing branch of Starbreeze – Starbreeze Publishing AB – still owns the rights to the main IPs, including PAYDAY, but didn’t have the money to pay for their development. A new deal with Koch Media effectively helps solve all economic tensions, paving the path for the development of the next big title in the PAYDAY series.

PAYDAY 3 will still be owned by Starbreeze, but Koch Media will be responsible for the major publishing and marketing activities throughout the globe. Koch Media has experience with publishing AAA’s for a long period of time – and apparently, they share Starbreeze’s vision of the “Games as a service” model. This might mean that PAYDAY 3 will have some sort of rudimentary microtransactions for skins or DLCs built into it to encourage recurrent consumer spending (which might not go down well with a lot of people). The game is scheduled to release in 2023 (a good two years down the line), so there’s little guessing that it will be a next-gen game releasing only on the PlayStation 5 and the Xbox Series X (and the PC).

“We are delighted to welcome Starbreeze as a new partner for our global publishing business. PAYDAY 3 is shaping up to be an incredible game. Based on what we’ve seen already, PAYDAY 3 is going to take the franchise to new heights and will delight PAYDAY fans as well as new audiences alike with innovative multiplayer gameplay”, said Klemens Kundratitz, CEO, Koch Media Group.

PAYDAY 3 will have support throughout the entire game life cycle with this deal. The game will feature additional content and functionalities for quite some time after its release.