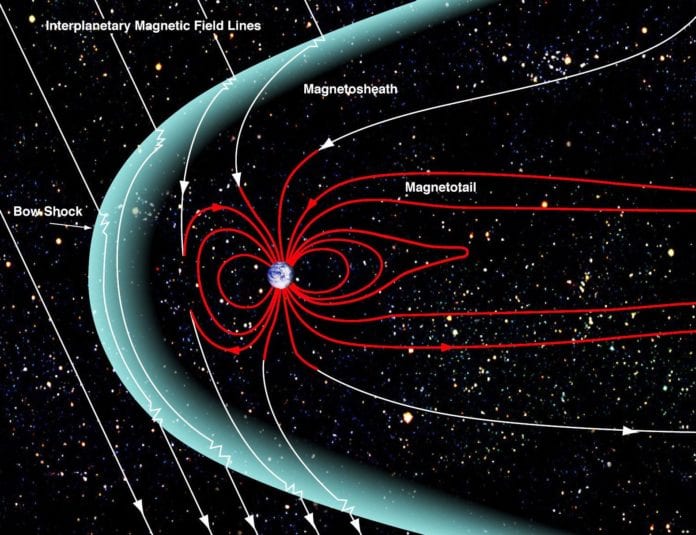 Particle accelerators are one example of the extreme engineering that we are capable of. However, rarely do we see something in nature that can accomplish the same goals as these marvels of modern science. The latest example of something like this being discovered comes from probes studying the Earth’s magnetic field. The probes have found electrons traveling close to the speed of light. This discovery, without a doubt, sparked some interest in the scientific community as it is rarely the case that something with the mass of electrons travels this fast.

The fact that the electrons were traveling close to the speed of light is not that surprising; in fact, it is a well-known phenomenon caused by the boosting provided by cosmic particle accelerators. What interested the researchers was the appearance of ultra-relativistic electrons, which were extra fast. These special electrons were only observed during some solar storms. The researchers led by space physicist Hayley Allison of the GFZ German Centre for Geosciences in Germany may have figured out why this happens. Scientists have found that the electrons can reach ultra-relativistic speeds only if plasma has been significantly depleted in a radiation belt before a Solar Storm.

The radiation belts responsible for this phenomenon are called the Van Allen radiation belts. These belts surround our planet like a blanket, and the inner belt exists between 640 to 9,600 kilometers from the surface. At the same time, the outer belt exists from 13,500 to 58,000 kilometers from the surface. The primary role of these belts is trapping charged particles emitted by the sun in solar winds. The motivation to study these ultra-relativistic particles comes from the fact that they can prove to be extremely harmful to the satellites we put in orbit at around the height of 2,000 kilometers. These highly active particles can breach any kind of shielding we can put on our satellites.

The researchers analyzed the data from the Van Allen probes, which recorded several solar storms that would disrupt the magnetosphere of our planet several times over the probe’s lifetime. The researchers wanted to figure out why only a few of these solar storms could produce ultra-relativistic electrons. The scientists knew that plasma around the planet accelerates these electrons; however, the plasma excitation caused by these storms was not enough to explain these speeds. On further examination of the data, the researchers found that these extreme speeds were correlated to extreme depletion of the plasma density and presence of a ‘chorus’ of plasma waves.

This has been termed as a two-stage acceleration process, and the lesser the density of the plasma is, the faster they are accelerated to these ultra-high speeds. This discovery is certainly worth our attention as it could dictate the further evolution of our satellite technology.