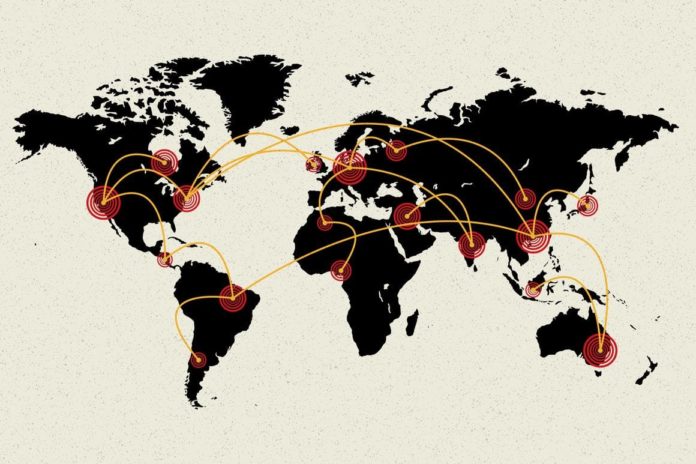 The year 2020 has not been very fortunate for us as a species. As I write this article from the comfort of my home, hoping to ride this pandemic out, I cannot help but ponder over the fact that this is not new. If anything, pandemics are commonplace. Throughout history, historians have come across records of ancient diseases that claimed lives at an incredible rate, just to be surpassed by the next one just a few centuries later.

The human body is an incredible piece of work. From being able to sustain an intelligent mass of grey matter to be able to fight off millions of possibly fatal microorganisms. If we weren’t any wiser, we would be convinced that it was part of some sort of grand design. Only once in every few hundred years, a new disease threatens to wipe us off the face of Earth. We have fought multitudes of such diseases time and time again and, so far, survived. In this article, we’ll look at the greatest Pandemics to have ever affected the human population and their aftereffects.

During the reign of the emperor Justinian I, one of the worst outbreaks of the plague took place. Here, plague refers to the disease caused by the bacterium, Yersinia Pestis, which is also responsible for two other outbreaks.

This is perhaps the oldest Pandemic that we have an accurate and reliable record of. The plague arrived in Constantinople in 542 CE. The outbreak continued to sweep through the Mediterranean world for another 225 years, finally disappearing in 750 CE.

The bacterium originated in China and Northeast India but only took the form of the plague when it was introduced to Alexandria and Palestine. It was transmitted by the black rat (Rattus Rattus). The plague decimated Constantinople and spread like wildfire through the rest of the world. The main reason for the plague sticking around for over 200 years was the fact that people didn’t know how to fight it. The death toll is estimated to be between 30 to 50 Million people.

The plague ended when everyone who could die from it, was already dead. Only people who were immune to the disease were left alive. The population had developed immunity from the disease only after it had racked up a mountain of dead bodies on the streets of the fabled Mediterranean cities.

The disastrous mortal disease known as the Black Death spread across Europe in the years 1346-53. The depressing fact about the Black death is that it was the same disease as the Plague of Justinian, it never really went away, and when it returned 800 years later, it killed with reckless abandon. The chronicles and letters from the time describe the terror wrought by the illness.  The horrors were such that the great Renaissance poet Petrarch was sure that they would not be believed: ‘O happy posterity, who will not experience such abysmal woe and will look upon our testimony as fable.’

The people still had no scientific handle over how the disease spread, although they suspected it had something to do with proximity. This led to the officials at the port city of Ragusa deciding to keep the incoming sailors in isolation for 30 days at first, later it was increased to 40 days or a quarantino, which is the origin of the word ‘Quarantine.’ This practice slowed down the spread of this deadly disease, but without the modern scientific tools at their disposal, there was only so much they could do. Spreading on the backs of rats and fleas, black death claimed 200 million lives of its own.

The origin of the Smallpox in unknown, it is thought to have originated in the Egyptian empire in the 3rd century BCE based on a smallpox-like rash found on three mummies. For most of history, Smallpox was endemic to Europe, Asia, and Arabia. It killed three out of ten people it infected. Then, the European explorers brought the virus to the New World with them, where it wreaked havoc on the native population in the 15th century.

The mass death that ensued is unmatched in history. 90 to 95 per cent of the indigenous population was wiped out over a century. Mexico went from 11 Million pre-conquest to 1 Million. Centuries later, hope would arrive. Smallpox would go on to become the first virus epidemic to be ended by a vaccine and later the first and the only pandemic-inducing disease to be completely wiped out off the face of the Earth. Humans had hit back, the war was not one-sided anymore, or so we thought.

In 1918, a strain of influenza known as Spanish flu caused a global pandemic, spreading rapidly and killing indiscriminately. Young, old, sick, and otherwise healthy people all became infected, and at least 10% of the patients died. Estimates vary on the exact number of deaths caused by the disease, but it is thought to have infected a third of the world’s population and killed at least 50 million people.

The disease spared no one. It was infecting everyone from the common peasant to the Spanish king, Alfonso XIII. Although the scientific tools at their disposal were somewhat adequate in treating the people, the lack of a cure and the limits of the healthcare system of the 1900s broke under the pressure of mounting patients and ever-increasing death count. The flu is estimated to have killed about 50 million people.

The mortality rate was particularly bad in India, where it reached 50 deaths per 1000 people. The long and meaningful strides that medical science had taken in the 500 years since the outbreak of the Black Death seemed useless. Another disease had swept over the world and ravaged the lives of countless people.

Simply looking at the data could convince you that against such a formidable foe, we do not stand a chance. The currently ongoing pandemic COVID-19 is just another in a long line of pandemics that have been plaguing the human race for a long time. Our world is much more connected than what it was during the time of the Spanish flu. That doesn’t mean that diseases will spread any faster. Science has made advancements in all fields of study, including disease control. WHO has several safeguards in place, and the development of vaccines is in full swing.

This outbreak will be less deadly than the previous one, continuing the tradition, which has been only possible because of modern medicinal science. If we follow the directives of the Government and WHO and do our parts, we will all come out of this stronger and healthier.