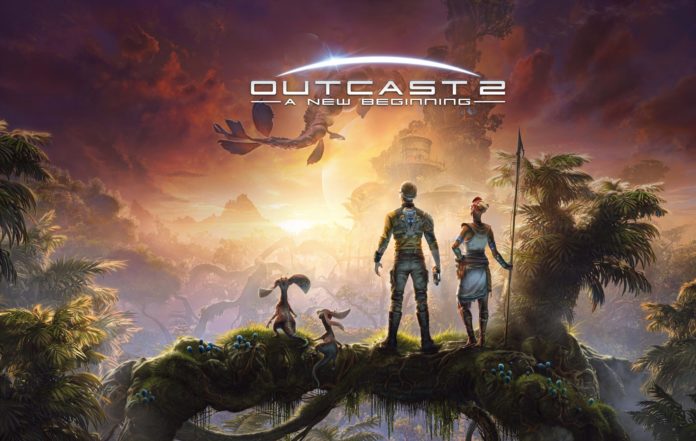 Ever since THQ Nordic acquired the rights of the open-world action-adventure game releases Outcast in 1999, many people have been waiting for a proper sequel. Now, the developers have officially announced Outcast 2: A New Beginning.

The developers have also revealed what to expect from this Sequel. According to them, this would be set twenty years after the original events of the first game, which means Outcast 2 will bring back Cutter Slade for a new adventure on the alien world of Adelpha. The planet is in danger and under threat from corporations stripping its resources, so Cutter’s job now is to organize a resistance and cast off the invaders.

Also Read: How To Connect Bluetooth Speaker/Headphone to Nintendo Switch

Suppose you haven’t played the original game, which was released in 1999. In that case, you should know that just like the previous game, this new Outcast 2 will be a third-person action-adventure in an open world and will tell a story featuring very dynamic plot progress based on players actions. It has been confirmed to be developed by Belgium-based Appeal Studios, the same developers who made the original Outcast and the 2017 remake.

Furthermore, the devs say that Outcast was a hit at the time of its launch, and it got commercial success, but they had to cancel this Outcast 2 project many times as their previous efforts to follow up failed. Due to financial issues, they had to cancel it, and also the 2014 Kickstarter for Outcast Reboot HD also failed to get more attention. But now that the Sequel has been confirmed to be coming soon, it would be interesting to see what changes we’ll get to see with the Sequel, as the first game was released a very long time back. Also, another question many people would be interested in knowing is if the story would be just as good as the first game.