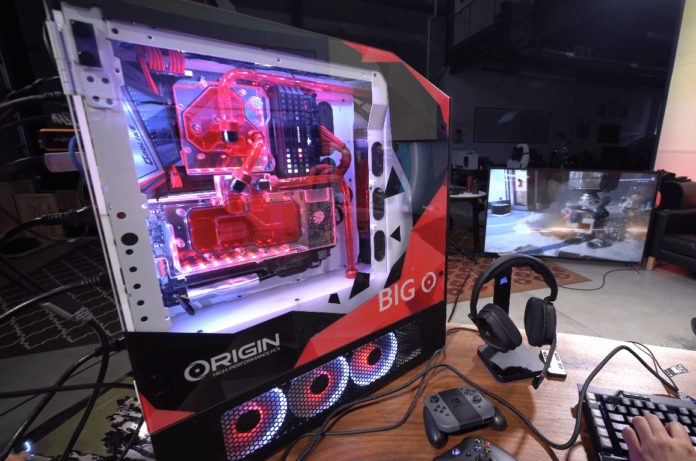 “The infinity gauntlet of gaming” according to Unbox Therapy and rightly called so as Origin PC has been able to turn a gamer’s incredible fantasy into astonishing reality by building the Ultimate hybrid gaming PC.

In honor of our 10th anniversary, we created the Big O 2.0: the ultimate gaming machine featuring a powerful PC, Xbox One X, PlayStation 4 Pro AND Nintendo Switch all in one!

Plus, the PS4 Pro, Xbox One X and a slot to dock in the Nintendo Switch.

There is also a built-in 4K60 capable capture card in case you wish to stream. For convenience, an HDMI switcher box has been added in the front so that you don’t have to change the HDMI input of the TV at all while selecting between the different gaming platforms. The entire system is custom cooled and is housed in Origin’s Genesis Case for maximum airflow.

It’s an innovative piece of tech but not something we’d recommend buying unless you have money to burn since Origin generally prices these outrageously high at around $17000.