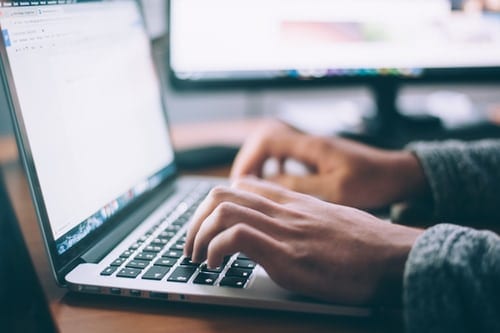 The winners and losers of the tech industry amidst the lockdown

At large, all business establishments, irrespective of their strength and type of industry, have been already affected greatly by the coronavirus pandemic. With the entire education sector coming to a standstill (and the country under lockdown), all dependent industries have also suffered terribly.

The most challenging task for industries right now is the transition to online platforms in order to ensure work from home and sustained workflow. Despite having enough technology, resources, and expertise, major industries are unable to take advantage of these available initiatives. Lack of awareness and the required infrastructure can be causes for inefficient exploration of these facilities.

Since the outbreak was sudden, industries weren’t prepared to face a situation like this. Though the pandemic has been bad news for business and some technology companies have been squeezed tight, some others have also seen a boost.

Softwares that promoted and ensured work from home to be an easy task have benefitted the most. Despite some security issues, Zoom‘s stock price more than doubled since December and its users rose from 10 million a day to 200 million. Not just Zoom, in March, Microsoft Teams said it had hit 44 million users, a jump of 40% in the space of a week.

Amidst the lockdown, people are putting a solid chunk of money into entertainment. Netflix has attracted 16 million new subscribers. While having shot content already for the year, the service claims to have fresh content scheduled for months to come.

Disney+, meanwhile, was perfectly positioned for the lockdown, launching in the UK and other markets at the end of March. At that point, it already had more than 33 million subscribers. Now, it has nearly 55 million – making it Netflix’s biggest competitor.

With cinemas shut, major current film releases have gone online. This has been so successful that Universal has said that it hopes to continue this post lockdown as well, starting an enormous row with the world’s largest cinema chain. TV and films aside, Spotify has added 130 million paid users under lockdown.

People are stuck in their houses and need an escape. The best solution available in a condition like this is gaming. Online games are seeing a big boost in numbers. Analysts estimate game sales are up about 35% this year and hardware is up 63%, meaning consoles are frequently out of stock.

The transport industry has suffered a major setback due to the lockdown. Movement is restricted and people are stuck everywhere. The sales of vehicles have gone down sharply putting the automobile industry in danger. UK car sales have reached their lowest level since 1946. Cab services are also under pressure. Uber is cutting thousands of jobs in its offices.

Companies that don’t make physical real-world products that ordinary people buy – but instead act as a middleman for the people who do – are also hurting. Airbnb relies on people paying money when they stay with host or owner families. The company has dismissed a quarter of its staff. Similarly, reviews site Yelp cut a third of its workforce, just a few weeks into the crisis, after restaurants and bars shut their door. Even before the lockdown, WeWork, which rents offices and then turns them into shared office space, was due to be bailed out by one of its main investors, Softbank.