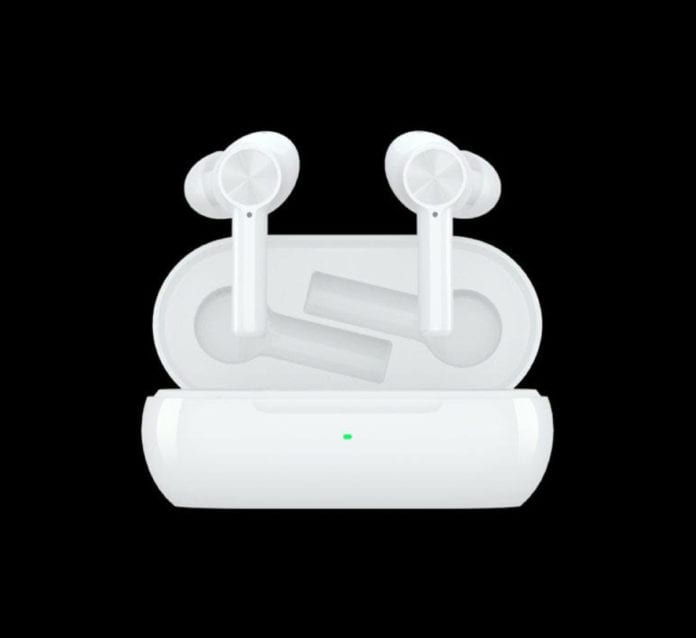 OnePlus Buds Z Leaked: OnePlus, for a year or so, has been trying to release less expensive version of their premium products, serving the same core OnePlus experience at a lower price. The company, first, introduced its Bullet Wireless Z, a cheaper version of its neckband Bluetooth earphones — OnePlus Bullet Wireless — that was targeted at a larger audience (due to its starting price of Rs. 4,000).

Well, looks like the company is at it again. The upcoming OnePlus Buds Z have leaked, and it looks like the budget TWS (True Wireless Stereo) market is going to be as clogged as the Rs. 10,000 to Rs. 15,000 smartphone market.

Starting with the first image, the case of the Buds Z is horizontal, which means the buds fit in horizontally rather than vertically (found on OnePlus Buds). There’s a LED indicator in the bottom of the space below the lid.

Also Read: OnePlus 8T design Revealed by Case-Mate Ahead of the Official Launch

On the back is a USB Type-C port which will, presumably, be used for charging. This is a really good step from OnePlus since most of the affordable TWS earphones use a Micro USB connector. Next to the USB Type-C port is a button, which, I’m assuming, would be used for pairing.

Coming to the actual earbuds, the OnePlus Buds Z look like a genetic cross of Huawei’s Freebuds and OnePlus’ own Buds. The OnePlus Buds are expected to be released along with the OnePlus 8T on October 14th, a day after Apple launches its iPhone 12 series.

Well, until these are available, you can go ahead and grab yourselves OnePlus Bullets Wireless Z that boast 10-hour of battery life in 10 minutes of charge.