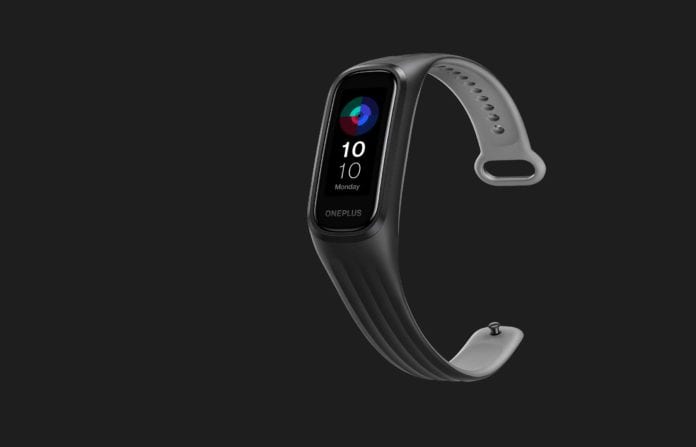 OnePlus has been eyeing the wearable market in India, specifically the smart band segment and after much anticipation, OnePlus India has finally launched the OnePlus Band for Rs. 2,499. In such a competitive price bracket, what’s there in the OnePlus Band to attract you? Read more to find out.

OnePlus Band primarily aims to perform as a fitness band in the lower spectrum of the market, which arguably has the most buyers. This segment is relatively inexpensive and is a playground for value for money products although while remaining extremely similar differing mostly in feel and user experience than in terms of sheer functionality.

The OnePlus Band features a 1.1″ colour AMOLED touchscreen display with a resolution of  126 x 294 pixels. Alongside, on the hardware front, the OnePlus Band features blood oxygen sensor, 3-axis accelerometer and gyroscope and an optical heart rate sensor. The band also features IP68 certification and can withstand 5 atm of pressure which means it can stay underwater upto 50 meters for upto 10 minutes. OnePlus Band is powered by a 100mAh battery with a claimed battery life of 14 days. The band is designed with a compact and minimalistic approach and weighs in at 22 grams.

OnePlus Band will come with a standard black strap. But the switchable band module design makes for an easy swap to dual-tone bands from OnePlus that will be priced at around Rs. 399 for now. The band is compatible with Android 6 and above. OnePlus will be bringing iOS support alongside the OnePlus Health app on the App Store. The band is capable of connecting over Bluetooth 5. The OnePlus band also reserves some basic functionalities of smart bands when connected to a compatible smartphone by allowing users to receive notifications, incoming call alerts, call rejection, music playback controls and even a remote control for the camera shutter. When connected to the OnePlus smartphone “for the best experience” it also allows for Zen mode synchronization.