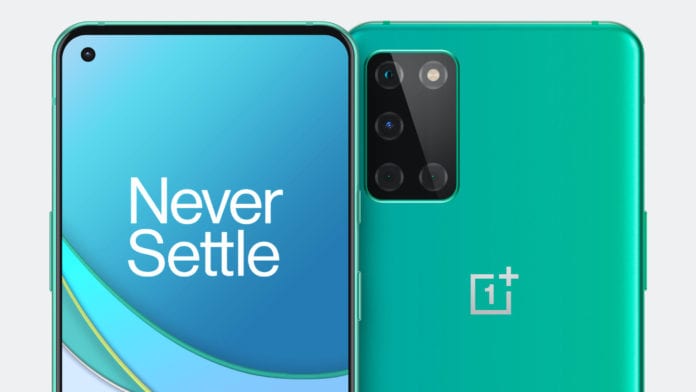 OnePlus is never short of marketing material and its smartphone launch is more about hype than the launch event itself. Just like most of its previous launches, OnePlus has revealed plenty of details about the upcoming OnePlus 8T and, now, has also shown us the smartphone itself in its full glory.

OnePlus’ CEO, Pete Lau shared the teaser video on his twitter handle and even wrote a community post, explaining the process that went behind the development of this new design. The video shows OnePlus 8T in the new “Aquamarine Green” color which is quite similar to OnePlus 8’s Glacial Green. According to the community post shared by Lau, Aquamarine Green has a ‘remarkably glossy back’ which took over 4 months of development.

Lau writes “This version takes advantage of diffuse reflection, a form of light refraction that scatters light in an expansive array of angles and directions, to produce a clean, gleaming surface that effectively mitigates the buildup of fingerprints”.

Not so shortly after the official reveal, leaker Ishan Agarwal shared a bunch of renders showing the smartphone in the Lunar Silver color.

Even a bunch of renders images from the Chinese retailer JD.com have surfaced online, revealing the OnePlus 8T front and back.

At the front, it’s boasting a flat display with a punch-hole cutout that houses a selfie camera at the top left corner. On the back, OnePlus 8T has a Samsung inspired camera module which is expected to house four camera sensors and two flashes. On the sides, you get a volume rocker on the left and a power button and alert slider on right.

Apart from the design, OnePlus has officially confirmed the presence of a 120Hz display, a 4,500mAH battery with support for 65W charging. Other than that rumors suggest that it won’t be getting the Snapdragon 865+ and will be sticking with the vanilla Snapdragon 865 SoC.

Well, October 14 is not that far so we can expect OnePlus to spill some more beans about the smartphone. We’ll get to know everything next week for sure.