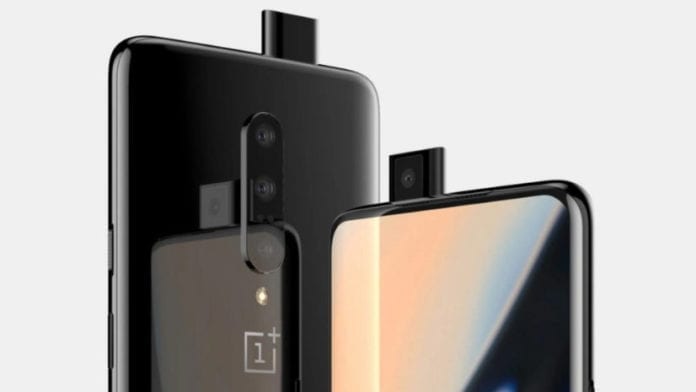 You heard that right. Round. OnePlus seems to have gone astray from their current design philosophy for the OnePlus 7T. And for the right reasons too. With the OnePlus 7’s lacklustre design philosophy that wasn’t much of a design detour from the OnePlus 6T, fans never felt the need to upgrade or even managed so much as a second glance at the capable phone which was overshadowed by the 7 Pro’s moment under the spotlight.

The leaked image shown above was uploaded on Twitter by renowned tipster Evan Blass. Though the cut out seems to have changed, the camera setup will undoubtedly stay the same. However, OnePlus might introduce a few variant specific gradient finishes since that seems to be the all the rage currently.

Spec wise, we will mostly be receiving a small incremental upgrade over the Snapdragon 855 with the slightly higher clocked 855 Plus. This will benefit the OnePlus 7T with a slight performance boost over the 7.

If you ask us, this design choice is an exercise in futility. Considering that the Lumia lineup, Moto’s smartphone lineup, and even the upcoming Mate 30 Pro will be using the round camera module, there wouldn’t be much to differentiate OnePlus’ design philosophy from other OEMs.

In all honestly we hope that OnePlus does enough to differentiate the 7T front its elder sibling the OnePlus 7T Pro if they expect to stand out against the likes of the Redmi K20 Pro. With the constant teasing of the OnePlus TV, they already have our attention. If they just carry through with their innovation, the 7T will definitely be a runaway success.