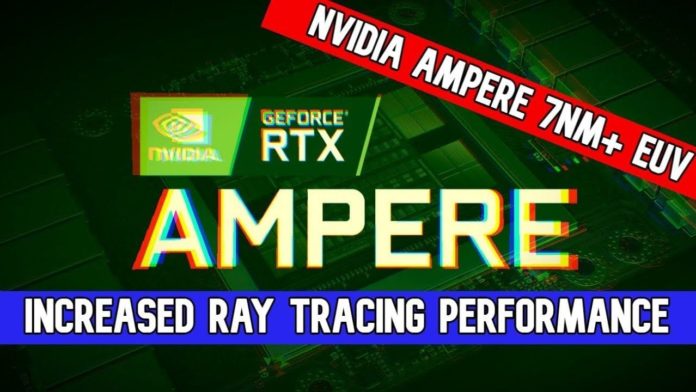 A new report has surfaced by Digitimes which claims that NVIDIA might use both TSMC and Samsung 7nm EUV in two separate line ups.

Lately, there were many rumors about the tech giant leaving TSMC and going with Samsung and their 7nm EUV. However, these rumors were soon debunked. Even so, this new report suggests that those rumors may have some truth to them after all. NVIDIA is a fabless company that outsources its GPU chips from other manufacturers. According to Digitimes, NVIDIA did not want to be dependent on TSMC for the manufacturing of its process. In order to do so, they approached Samsung for its new 7nm/8nm EUV process. However, in the end, the company decided to stick with TSMC. This left an opportunity for AMD to court Samsung for their spare 7nm process and establish themselves as the world’s first company with a 7nm GPU. The report also mentions that one of the reasons for NVIDIA to go to Samsung got TSMC to lower their price.

New reports suggest that NVIDIA has given a huge order for 7nm EUV nodes to TSMC. It is confirmed that they going to use this EUV in their upcoming Ampere GPU. The new GPU is set to be unveiled at the GTC 2020. However, in order to match the rising demand, the company has plans for Samsung’s 7nm/8nm EUV too. They are planning to use them in some of their lower-end GPUs.

The crux of the Digitimes report was posted on Twitter by the Retired Engineer. The reports suggest that due to the high cost of advanced nodes, NVIDIA tried to increase the orders for Samsung in an attempt to get TSMC to lower their price. However, due to TSMC leadership in the market and the demands increasing the supply, that did not happen. The report also added that there are rumors that AMD may shift some orders to Samsung too. However, due to the TSMC brand name and its dominating hold on the market, it is very unlikely to happen. Also, there is a significant difference between the yield and performance of the Samsung EUV when compared to TSMC.

The report also claims that ever since the announcement of Samsung’s 7nm EUV, its yield, and customer acceptance has not shown satisfying results. It can be another reason why AMD and NVIDIA would not shift huge orders from TSMC to Samsung.

What could this mean for the Customers:

The news could be a relief for gamers who cannot afford premium range GPUs. Samsung’s new 7nm/8nm also uses EUV technology the same as the TSMC. It would result in better performance of the lower range GPUs. Although Samsung EUV has a much lower yield than that of TSMC, it still would make a huge difference.

The differences in high-end laptops would be amazing. Gamers would experience the best the market has to offer currently with the new Ampere GPU. Although, it is the customers who have to bear the cost of this premium EUV of TSMC.

Although the price difference between the two line-ups can be huge, it would be worth it because of the new Ampere GPU. The GPU has every gamer hyped as they await its launch.

With everything said, we must know that all of this is still news and none of it has been confirmed. However, this could be the best course of action for NVIDIA to satisfy all of its customers. Either way, with the new TSMC 7nm EUV, Ampere could turn out to be one of the most successful GPUs by NVIDIA.