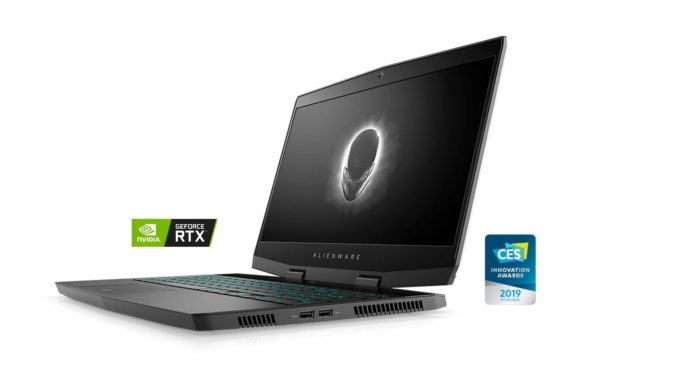 Amidst a slew of announcements, NVIDIA announced the GeForce RTX 2060. However, that wasn’t the only announcement. RTX laptops will also be available from all major OEMs, and guess what, a total of 40 models in the coming days. Yes, forty RTX laptops with raytracing and DLSS support coming right after CES.

Two laptops were featured during the keynote. The first one was the MSI G65 Stealth. This gaming laptop is supposed to be faster than a desktop packing a GTX 1080 graphics card and 2X faster than the PS4 Pro with 30% of its volume. Furthermore, with DLSS enabled NVIDIA claims you can run Battlefield V at 4K with raytracing at the medium preset to get that silky smooth 60 FPS performance.

The second one is a budget offering. The Acer Predator Triton 500 loaded with the newly announced GeForce RTX 2060. This notebook is speculated to be faster than a desktop GTX 1070 PC and 1.6X beefier than Sony’s PS4 Pro. Just like the MSI G65, NVIDIA promises 60 FPS in Battlefield V with RTX enabled but I’m pretty sure that it’ll be 1440p and not 4K.

The prices will of-course be pretty steep as expected, but well no surprise there. Anyway, that’s it from NVIDIA’s CES keynote. Cheers!