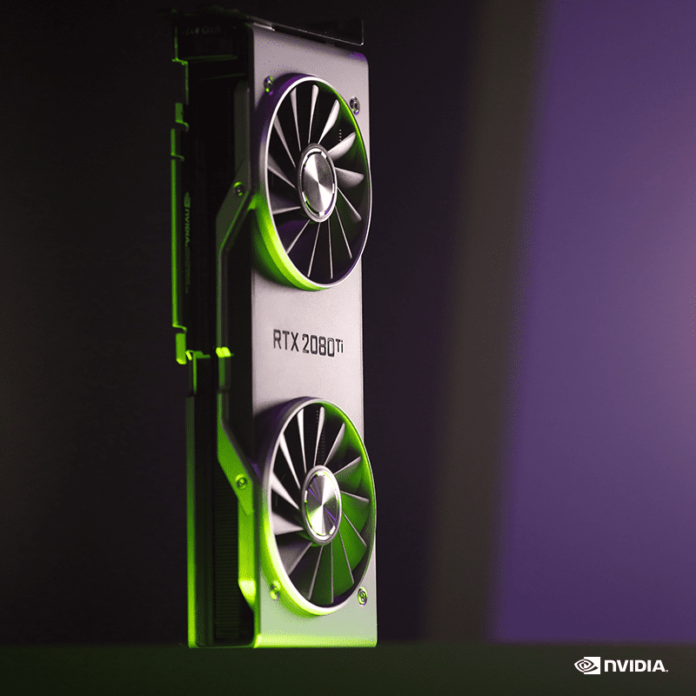 NVIDIA claims that their new Turing graphics cards have sold 45% more than the previous-gen 10 series Pascal lineup. During the company’s investor day, this was one of the many things that were highlighted to restore confidence among shareholders who seem to be rather twitchy lately. In the last quarter of 2018, NVIDIA’s stocks saw an all-time high but it was soon followed by a decade-long low, courtesy of the cryptocurrency boom and the lukewarm response to the RTX cards.

NVIDIA has been doing quite well in the consumer graphics market these past few years, with a share of 80% of the discrete GPU market at present. That doesn’t mean that it has been all smooth sailing for team green. In the last six months or so, most tech companies have been dealing with volatile stocks and panicking investors and NVIDIA was caught smack-dab in the middle of all this. The crypto-crash and the uncompetitive pricing of the higher end RTX cards made this even worse for Jensen and Co.

The company seems to be unwavered by all this though and at its investor day shared statistics that reveal that the Pascal cards actually didn’t sell as well as Turing in the initial eight weeks. The RTX cards sold around 45% more than their 10 series brethren. This might be a bit hard to believe given how miners gobbled up all the cards last year. However, the Pascal lineup was unveiled in May 2018 and has been the company’s most successful architecture till date. Back then, mining was not as profitable as it became later in 2017.

So comparing the periods before and after the mining boon show that sales of NVIDIA’s present generation Turing cards has actually increased by a sizeable 45%. Who’d have guessed?

Another notable fact about the user base is that despite better initial sales than Pascal, the Turing cards are only used by 2% of the GeForce gamers, with 50% using the former and the remaining 48% still stuck on the older Maxwell and Kepler cards. NVIDIA coupled this with another interesting fact about PC gamers revealing that 90% of them rely on graphics processors slower than the recently released ($279) GTX 1660 Ti. This would explain why the company came up with the GTX 16 series Turing lineup as most gamers are concentrated in the budget segment of the market.

Earlier AMD was the dominant force here but with the coming of the GTX 1660 that has changed and if rumors are to be believed the GTX 1650 will also be coming soon enough. This takes care of the Radeon RX 500 cards while the higher-end market has been NVIDIA’s playground ever since the 1080 Ti released.

Team green also revealed that almost all the upgrades saw an uptrend with 90% buying the RTX successor of their GTX Pascal GPU. Not really a surprise to be honest, as people used to 4K won’t drop down to 1080p or 1440p unless they run into financial problems or the like.

The last bit of juicy info that was disclosed to the antsy investors is with regard to the mobile GPU share, where NVIDIA pretty much reigns supreme. AMD although does have a few offerings there, but they only contribute to a small fraction of the total gaming laptop segment. As per NVIDIA’s stats, gaming laptop sales have increased by 12 times ($1B to $12B) since 2013. Gaming laptops are becoming more and more powerful as well as portable especially when you consider the Max-Q models. Speaking of Max-Q, the percentage of users using a laptop powered by the tech has more than doubled since last year. It was rather small in 2018 at 18%, but at present, it has swelled up to 45%.

It’s been a while since NVIDIA last focused on the mid-range market with this level of dedication and to be fair that is good news for gamers. AMD has been forced to slash the prices of the RX 590 and the 580 pretty much done for. Now, all eyes are on team red as they finally reveal their Navi GPUs to tackle the GTX Turing cards.