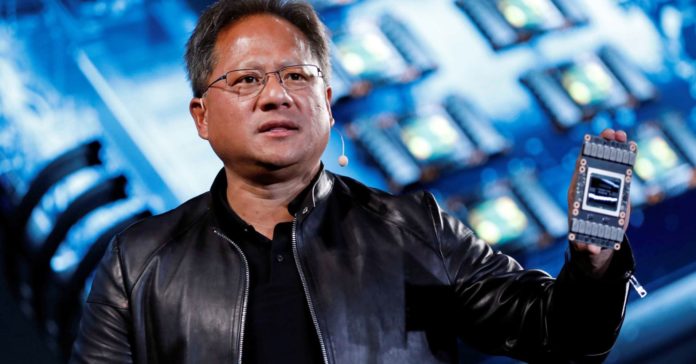 NVIDIA is prepping for the launch of its refreshed RTX Turing cards this E3, with faster VRAM and maybe even higher clocks. However, this report doesn’t pertain to the 20-series lineup, but instead the next-gen Ampere architecture which will apparently leverage Samsung’s 7nm EUV manufacturing process, and is slated for a 2020 launch.

This info comes from reputed Taiwanese outlet, Digitimes which claims that NVIDIA’s Ampere graphics cards will debut next year and will be based on the 7nm EUV process. These will probably also have the RTX branding with the lower-end models retaining the GTX label. We can expect a pretty significant performance jump as 7nm is almost half of the present 12nm node that powers the Turing architecture.

This is the second or third mention of Ampere. The first was when NVIDIA passed the EEC certification. After that, Digitimes (again) reported that Ampere had been taped and almost ready for production.

7nm EUV is supposed to provide better yields than standard 7nm, resulting in higher clocks and cheaper wafers. AMD’s 7nm Radeon VII chips were initially rare, potentially due to poor availability. The same was the case with the 12nm Turing cards at launch, where we saw faster A chip, along with non-A chips that were based on low-quality silicon. The same problems should reoccur with Samsung’s 7nm EUV process.

This is a bit unexpected as Samsung just signed a partnership deal with AMD to use the Radeon architecture in its mobile devices, and NVIDIA has been one of TSMC’s core clients since forever. This will definitely affect the latter’s fortunes in the coming years, and it means that Samsung is either ahead of TSMC or is providing the wafer for cheaper.

2020 is going to be a stellar year for PC enthusiasts. We’ve got Intel’s Xe lineup based on the 10nm node, AMD RDNA architecture on the 7nm process, and now finally, it has been confirmed that NVIDIA’s Ampere cards are also being primed for launch on the 7nm EUV process.