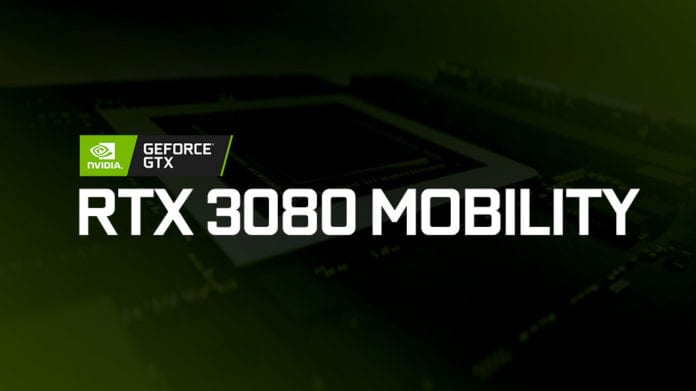 NVIDIA and AMD have been busy lately with so many high-end GPU launches, but it’s only about to get more heated with the new NVIDIA mobile lineup. Wccftech has now reported exclusively that team green has fast-tracked the RTX 3080 and RTX 3070 mobility GPUs to make it to market in early 2021. The report also showcases NVIDIA’s roadmap for 2021, with support for AMD’s mobile Ryzen processors also included.

As can be gleaned from the roadmap above, it looks like NVIDIA won’t be retiring the GTX 1650 Ti and 1660 Ti any time soon in the laptop space. It might be that we will once again see the “RTX Studio” brand make another grand appearance with the higher-end mobile GPUs. WCCFTech notes that NVIDIA’s mobile GPUs for the RTX 30 series might have a shorter life cycle, with it being replaced later with the RTX Super GPUs that are bound to come later in 2021.

We also have a price list that NVIDIA recommends to partners. According to the slide, laptops with the RTX 3060 are expected to come in just under $999, which is the weakest GPU (yet) in the new Ampere lineup. Of course, NVIDIA has yet to release the RTX 3060 or its other variants (3060 Ti) on desktop, which we expect them to release in December. These laptops are also expected to have 120 Hz displays, which makes sense considering the power of these new mobile GPUs. The RTX 2060 Super was already a great 1440p card, and a generational jump with the RTX 3060 easily paves the way for a great 1080p 120 FPS experience on the go.

The first laptops to come with the RTX 30 mobile GPUs will be from ASUS and MSI, with other manufacturers coming on board later.

Lastly, the report mentions that these mobile GPUs will also have support for AMD’s upcoming Ryzen 5000 mobile CPUs. With this, NVIDIA will have a strong presence with both Intel and AMD CPUs in laptops. This makes sense as AMD’s strides in the laptop space have not been too smooth, and should incentivize manufacturers to offer both Intel and AMD models with the same GPUs.