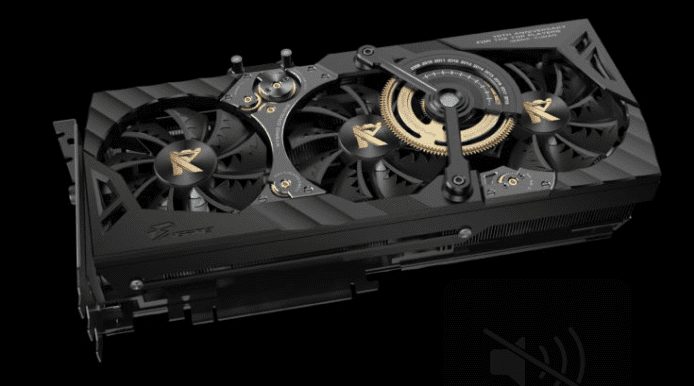 What’s so special about this card?

There will only be 1000 of these GPUs available in the market. Apart from its design – which also includes RGB LEDs, this GPU is factory overclocked with a boost clock of 1800MHz, compared to 1635MHz in Nvidia’s Founders Edition card.

Colorful’s iGame RTX 2080 Ti KUDAN utilizes a triple slot hybrid air and a water cooler to cool the card. It also comes with an all-in-one radiator, that has a built-in pump and twin fans for optimal temperatures.

The iGame GeForce RTX 2080 Ti KUDAN has a lot to offer, but the absurd $3000 price tag makes it hard to recommend.