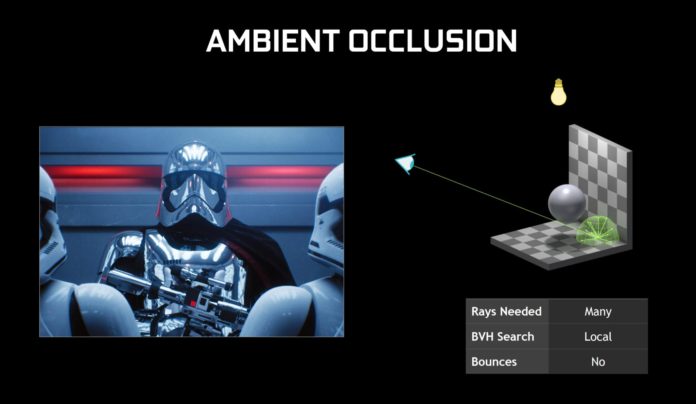 At GDC 2019, NVIDIA announced that real-time ray tracing support would be coming to the GTX graphics cards. After almost a month, the day is finally here. NVIDIA will be releasing a driver that will enable DXR on both the older GTX 10-series graphics cards (from the GTX 1060 onwards) as well as the Turing based GTX 16 lineup.

Earlier, Crytek’s real-time demo had raised eyebrows when the devs managed to run a demo incorporating real-time ray traced reflections on an AMD Radeon RX Vega 56. The specifics weren’t made public, but it was basically a confirmation that you don’t need NVIDIA’s RTCores for implementing ray tracing in each and every game. This is probably what prompted Jensen’s team to enable DXR support in the non-RTX GPUs.

The following GeForce GPUs will very soon be DXR-capable:

Before you ask, it goes without saying that it won’t be practical to play most games with real-time ray tracing enabled on these cards, especially at higher resolutions. The GeForce GTX 1080 Ti and the TITAN GPUs should be able to yield 25-30 FPS at 1440p and perhaps even 50+ at 1080p in certain games but that’s about it. Don’t expect the lower end GTX cards to do wonders here.

Furthermore, unlike the RTX cards, the GTX GPUs lack Tensor cores, so you can’t use DLSS to boost your frame rates. Looking at NVIDIA’s official figures, it appears that the RTCores do in fact help a lot with ray tracing. On an average, they boost the FPS by 2-3 times when DXR is enabled, so much so that even the RTX 2060 is able to beat the beastly GTX 1080 Ti (which is approx. on par with the RTX 2080 when it comes to sheer rendering performance). On top of that, enabling DLSS further uplifts the RTX GPUs by roughly 30-40% to give them an unbeatable 3-4x lead over their older Pascal brethren.

You can go through the benchmarks here.