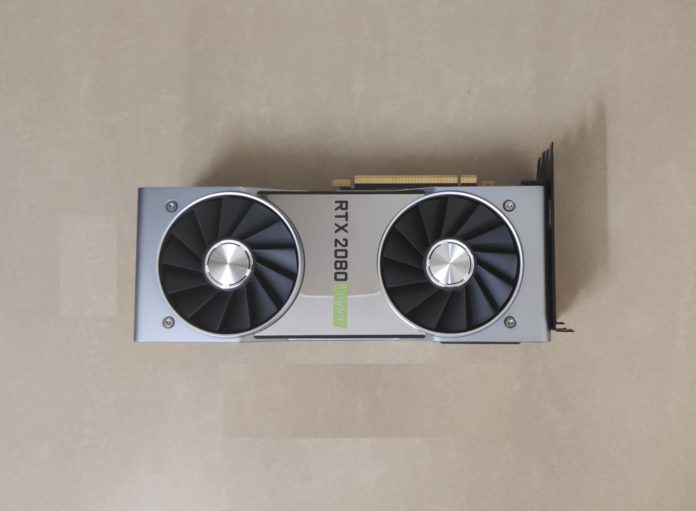 NVIDIA’s lower-end RTX Super cards launched earlier this month, essentially making the vanilla RTX 2070 and 2080 obsolete while pushing the price of three 2060 a bit lower than 30K INR. The RTX 2080 Super launches today at an MSRP of $699 (61,500 in India), with NVIDIA claiming an average performance boost of 5% for $100 less. As per official documentation, the top-end Super is faster than the Pascal-based Titan Xp, but not quite in the same territory as the $1,000 RTX 2080 Ti. So where exactly does it fit in the present graphics card landscape and is it worth the $699? Let’s find out.

Looking at the specs, it’s not a big bump like the 2060 and 2070 Super, basically, the same TU104 die fully unlocked and on steroids. The core count has gone up to 3,072 CUDA cores from 2,944 and the memory speed has been increased to 15.5 Gbps (from 14). The rest of the configuration is untouched. The increased memory frequency pushes the card’s total bandwidth to almost 500 GB/s. Quite impressive considering that a few years back the Vega 64’s 483 GB/s was considered as the peak. The RTCores are the same, so don’t expect any notable boosts in ray-traced games, just the same 5% as in all the other titles. The TDP has also been raised by 25W to 250W, just a tad bit higher than the Radeon RX 5700 XT’s 225W.

Since this is the same ol’ Turing architecture that was launched last year, we won’t be discussing the architecture. If you are interested, you can go through it . We’ll be using our Intel test bench for this review consisting of:

In most of the games, the RTX 2080 Super is *just* faster than its non-Super counterpart. However, in Ashes of the Singularity and Shadow of the Tomb Raider, they perform almost similar to each other. We tested them multiple times but there weren’t any significant changes, seems like here the bottleneck is something else other than the memory and the primary shaders, resulting in identical frame rates. Other than that though, the gains vary from (as low as) 2-3 FPS in Assassins’ Creed: Origins to 5 FPS in The Division 2. This isn’t really an upgrade over the RTX 2080, it’s just a better variant (or deal), if you may.

As expected, the deltas are minimal, with the 2080 Super having an advantage at 4K thanks to the additional bandwidth. The ultra RTX preset was used at QHD along with DLSS while at 4K the high quality preset was enabled. Although it doesn’t change a whole lot, the RTX 2080 Super makes Metro Exodus slightly smoother at QHD inching closer to the 60 FPS mark.

The thermals were pretty sound during our testing with the GPU staying in the mid-70s in most titles, with a slight pull towards the 80-degree mark in some of the more intensive games at 4K. Still, there wasn’t any significant throttling or noise so I’ll call that passable. Moving on to overclocking, we were able to push our sample by +100 on the core and a whopping +1000 on the memory, boosting the bandwidth by a sizeable margin. Have a look at the resulting performance:

Not bad at all, we were essentially able to boost the performance by another 10%, increasing the lead over the RTX 2080 to 20%. The big bump in memory really helps at 4K as is visible in the above benchmarks.

Update: Afterburner got an update today that allows maxing out the voltage slider. This resulted in another 2-3% boost bringing the card’s overall advantage closer to 25%.

The RTX 2080 Super is ultimately a 2080 with faster memory, slightly more cores and better overclocking headroom. It’s not significantly faster, but the fact that it’s priced lower than its predecessor makes it a decent candidate for 4K gaming. The improved memory really drives that point home and from what I’ve seen, you should be able to push the memory well over 16 Gbps resulting in a bandwidth of almost 550 GB/s. Doesn’t quite replace the 2080 Ti, but it sure does make your gaming experience smoother.