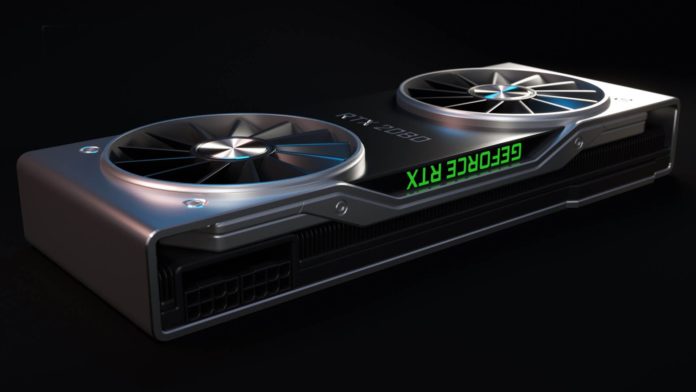 NVIDIA’s RTX cards although brought along with them a bunch of gorgeous rendering advancements, but there’s one aspect of these 14nm GPUs that no one liked, the pricing. The GeForce RTX graphics cards were especially pricey in Asian countries with the flagship RTX card costing north of INR 100,000 (or 1 lac). The entry-level raytracing capable GPU, the GeForce RTX 2060 retails at a minimum of INR 31,500. Some OEMs like Asus have even priced their custom 2060 cards like the ROG Strix at almost INR 50K. That’s a whole ten thousand bucks higher than the base price of the much faster GeForce RTX 2070. Quite ridiculous. Let’s do a detailed comparison of the pricing of NVIDIA’s GeForce RTX cards in India:

The NVIDIA GeForce RTX 2060 is a pretty beefy card, capable of running most games at 1440p-60 FPS at the highest graphics presets, but as soon as RTX is turned on the card begins to struggle, even at 1080p at times. Sure NVIDIA’s proprietary upscaling (or AA) tech DLSS helps with keeping the FPS above playable frame rates, but let’s face it, DLSS is far from mature and to be honest, so is raytracing.

Furthermore, it has been almost half a year since the Turing cards came out, and less than half a dozen titles support raytracing. That doesn’t really do much to justify the high-pricing of the GeForce RTX 20 series as there are barely any games where you can turn “RTX ON”. In case, you want to experience raytracing in the few select titles that support it (at 1080p), then this is the card you need. You can buy the NVIDIA GeForce RTX 2060 at the cheapest price in India over at MDComputers.

The GeForce RTX 2070 is a card that can run many titles at 4K without RTX, but switch it on and you are forced to turn down the resolution to 1440p, even to 1080p at times. Still, if you ignore the promises of breathtaking visuals and of course the not so acceptable price, it’s a decent card. In all seriousness though, is perfect for 1440p and in case you want to try out raytracing you should be able to do so with at least DLSS enabled. Just like , you can buy the NVIDIA GeForce RTX 2070 for a reasonable price over at MDComputers.

The second-in-command RTX card or the GeForce RTX 2080 succeeds the now retired GTX 1080 at a price point higher than the Pascal flagship (GTX 1080 Ti), at Rs. 73,000. And guess what, the performance of the 1080 Ti and are almost identical. In fact, in some cases, the 1080 Ti pulls ahead and also has more VRAM. Unfortunately, it is no longer available in the market. The RTX 2080 does, however, offer a few new features like Turing shaders, adaptive shading, DLSS and of course the much-purported RTCores.

If you play at 4K-60FPS or 1440p-75FPS, then this is the card we recommend. Furthermore, if you want to play with raytracing turned on, keep in mind that it does that optimally at 1440p. At 4K, there are FPS drops even with DLSS enabled. Just like all the other NVIDIA RTX cards, the GeForce RTX 2080 is available at the cheapest price in India over at MDComputers. Asus’ ROG cards are once again selling at a ridiculously high price of Rs. 83,400. This is 14K more than the Galax version we’re recommending. You can buy a good PSU, a 1080p monitor or even a motherboard for that much. So yeah…Asus what’s up?

The ROG Strix costs an absurd Rs. 125,900, while the Zotac cards are still reasonably priced with a tag of Rs. 105,000. More than ten thousand compared to our recommendation, but there you have it. If you can’t get the Galax RTX 2080 Ti, then the INNO3D is the second best option with a price tag of Rs. 101,400. MDComputers offers the NVIDIA GeForce RTX 2080 Ti for the lowest price in India (94K) and you may buy it from here.

Say what you will, but at the end of the day, computer parts are overpriced in India as well as the surrounding South Asian countries. In some cases, the local retail prices are almost double than the global MRP. The most commonly cited reasons vary from customs duties, GST, shipping charges and so on. Regardless, it’s really expensive to be a tech enthusiast in India.