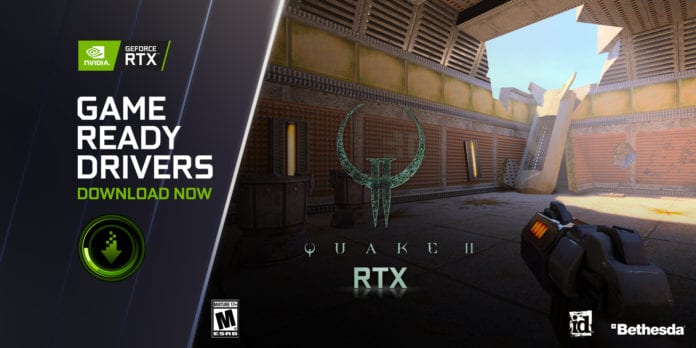 NVIDIA has now delivered a new GeForce driver update that will add Vulkan Ray Tracing support for games. The GeForce game-ready driver is also complemented with an update for Quake II RTX, which will now support the Vulkan RT extension. This will allow the game to run on AMD’s Radeon RX 6000 GPUs as well.

The Vulkan API has quickly risen to become quite popular among developers because of its relative ease of use and cross-platform support. With official Vulkan ray tracing support, it will get easier for more games to tackle on the feature by being hardware-agnostic. This is good news for both PC and console gamers, and it opens up the door for AMD’s Radeon RX 6000 hardware to be supported more widely.

“One of the key requests from the developer community was the ability to easily bring DirectX 12 ray tracing (DXR) code to Vulkan. We have achieved that through delivering a carefully designed superset of DXR, and integrating Vulkan Ray Tracing support in the DXC open-source HLSL compiler.” – Daniel Koch, senior graphics system software engineer at NVIDIA and Vulkan Ray Tracing TSG chair at Khronos.

Up until now, developers had to use the NVIDIA supplied VK_NVX_raytracing extension for ray tracing on the Vulkan API.

Along with the new drivers, Quake 2 RTX is also getting a new update which makes use of the public Vulkan ray tracing extension. The game will also be adding an in-game benchmark run to test GPUs, which should come in handy with all the new GPUs that are still yet to release over the next few months from both NVIDIA and AMD.

You can update your NVIDIA GPU drivers with the GeForce Experience app, or grab the direct download here. Learn more about the new GeForce driver here.