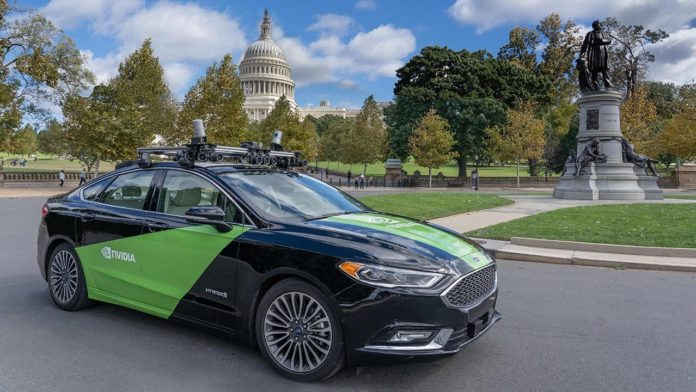 NVIDIA, the world-leading manufacturer of graphics cards, released its Self-Driving Car safety report on Tuesday. NVIDIA has been working on the development of what it considers to be the “brains” that power autonomous vehicles for major car manufacturers like Volvo, Mercedes-Benz parent Daimler AG, Volkswagen. It is only the fifth company to deliver the voluntary safety report to the US National Highway Traffic Safety Administration.

The release of the safety report concurred with the NVIDIA’s GPU Technology Conference held in Washington, DC. A spokesperson from NVIDIA said, “We are dedicated to working with regulators to deploy self-driving technologies for safer, more efficient roads, and hope this collaboration will bring us closer to a new era of transportation.”

NVIDIA was believed to have lost track when Tesla replaced NVIDIA with its own AI chip for its self-driving cars, and BMW went with Intel for its autonomous vehicle tech requirements.

Last year in October, NVIDIA announced Pegasus, a powerful automated drive system capable of supporting full Level 5 automated vehicles that can be used anywhere and anytime. Earlier this month, Volvo announced that it will be using NVIDIA’s next-generation core computer, NVIDIA Drive AGX Xavier for its next generation of autonomous vehicles.

The safety report is 20 page long and highlights what NVIDIA’s “four pillars” of self-driving technology: Powerful Core computers like Pegasus and Xavier that control the vehicles’ operations; data centers that analyze and process the gigantic amounts of data that these self-driving cars produce; its Drive Constellation simulation software for virtual world testing, and lastly the adherence to federal and international safety standards.

One of the section gives details about “Drive IX”, NVIDIA’s human-machine interface and driver monitor. Drive IX system can track a driver’s head and eyes to make sure that they’re paying attention to the road, and can even measure blink frequency to detect drowsiness. NVIDIA says that the system can alert the driver using audio, video, or haptic warnings to return the driver’s attention to the road. These alert systems can be altered according to the manufacturer’s requirements. NVIDIA says that the Drive IX system is capable of knowing if the driver is exiting the vehicle without looking and a bicyclist is approaching alongside at the same time, in such a situation the system will give an alert or will physically prevent the door from opening until the bicyclist has safely passed.

The report also contains details of the steps the company takes before allowing a self-driving vehicle for testing. These steps include safety crew training and the use of a remote operations center for the fleet’s progress monitoring. The report didn’t have any up-to-date statistics about miles traveled or the cities where it’s being tested.

NVIDIA’s aim is to develop the best and the most intelligent systems for driverless cars and sell them to car manufacturers retailing these autonomous vehicles.

“Our ability to combine the power of visual and high-performance computing with artificial intelligence makes us an invaluable partner to vehicle manufacturers and transportation companies around the world” says NVIDIA.

By releasing its safety report under the voluntary guidelines laid out by the US Department of Transportation, NVIDIA has become only the fifth company to do so. Other companies that have done this in the past include Waymo (autonomous vehicle unit of Google parent Alphabet), General Motors, Ford Motor Company, and Nuro. Most of the companies working on autonomous vehicle development are yet to release their reports.