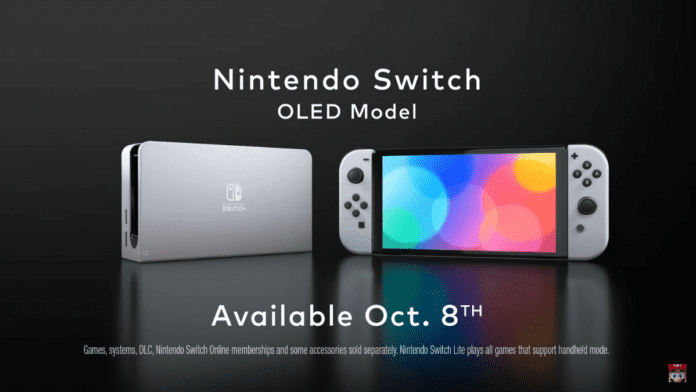 The widely rumoured and anticipated upgrade to the Nintendo Switch, Nintendo Switch OLED, has arrived, and fans worldwide have collectively breathed a sigh of disappointment. Perhaps it isn’t the upgrade most were hoping for?

Is Switch OLED really the console the public was waiting for, all these years? Most don’t seem to think so, as the Switch OLED doesn’t seem to have any other improvements apart from the bigger screen, enhanced Audio, and the Wired LAN Port.

While all of those three are very worthy additions to the new Switch, it was perhaps the fans who set themselves up for disappointment expecting a big upgrade.

After a Bloomberg article revealing that Nintendo had seemingly ordered OLED screens from Samsung, it was certain that they were for the newest version of the switch. However, the extent of upgrades to the console wasn’t very well known. Also noticeable is that the rumours didn’t have a particular date for the new console release, but most had predicted that it would drop by the end of this year.

The Nintendo E3 presentation was also announced as being software only, and fans’ hopes were dashed in a swift fashion. However, this announcement today has still not come as a surprise to most insiders.

The Nintendo Switch OLED will have a 7 inch OLED screen, which is supposed to increase the colour presentation of games greatly. It will also have increased audio capabilities and a wired LAN port, alongside 64 GB Storage.

And that is it. That is all you are going to get when you purchase a Nintendo Switch OLED. No graphics upgrade, no 4K, and no higher RAM. It does feel like after charging 50$ more than the original switch, there are precious few upgrades to the hardware. If you play the switch on Docked mode only, there are practically no upgrades to your quality of life, apart from the storage.