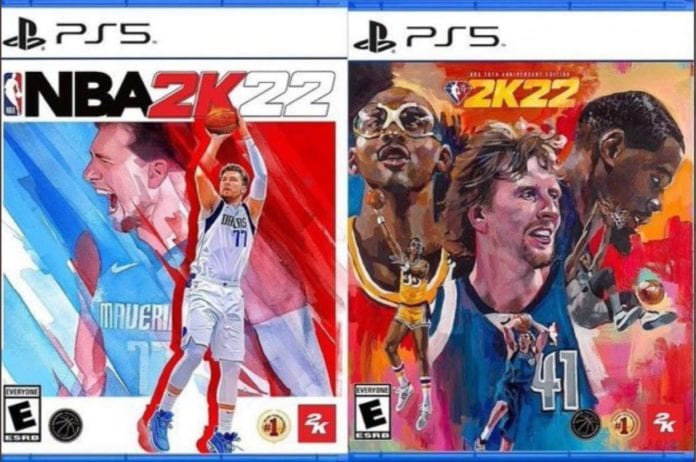 NBA 2K22 gets closer and closer to its release as the leaks have increased in quantity and accuracy. Let’s look at the latest NBA 2K22 leaks, which reveal the cover star and much more.

The cat is out of the bag, as it has seemingly been revealed that Dallas Mavericks’ All-Star Luka Dončić is going to be the cover star of the latest 2K games offering, NBA 2K22. The news comes about due to the leaks by prominent sports game leaker 2KIntel. Alongside these NBA 2K22 leaks, a new 75th-anniversary version has also been revealed.

2021 marks the 75th anniversary of America’s premier basketball federation, the NBA, or the National Basketball Association. The NBA revealed their 75th-anniversary logo for the same just a week ago, and it seems like 2K Games has also decided to celebrate the occasion by releasing a 75th-anniversary edition of the latest offering in the NBA games series, NBA 2K22.

Also Read- DDLC Plus Review- Doki Doki Literature Club is back and better than ever!

Dallas Mavericks legend Dirk Nowitzki, former Golden State Warrior and current Brooklyn Nets player Kevin Durant, and a record 19 time NBA all-star with the Milwaukee Bucks and Los Angeles Lakers, Kareem Abdul Jabbar. NBA seems to have taken a multi-generational approach with the cover, with stars from the distant past and the present times on the cover.

In the same NBA 2K22 leaks, there has been news of a WNBA 25th anniversary version, with former Los Angeles Sparks player Candace Parker reported as the cover star of that version. No image or footage of that version has been leaked yet, however.

The NBA 2K series has been a major part of 2K Sports since 2005, previously being a part of Sega Sports. The previous game in the NBA 2K series was the NBA 2K21, which released on September 4, 2020. The game was mildly received upon release, with critics taking issue with the repetitive nature of the game, and the supposedly stale nature of the franchise.