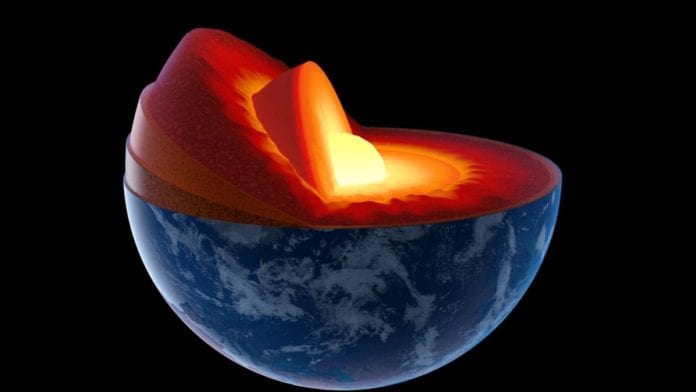 Scientists have discovered a new hidden layer within the Earth’s innermost core. The study, published in the Journal of Geophysical Research: Solid Earth was conducted by researchers from the Australian National University (ANU).

Since there is no way we can get to the extremely hot inner core, earthquake waves are used to produce an image of the core. Earthquake waves from one side of the planet to the other carry subtle changes that scientists can detect and use to form an image of what these waves have passed through.

Using the data available at the International Seismological Centre (ISC), the scientists proved that seismic rays traveling parallel to our planet’s rotational axis travel faster than the rays parallel to Earth’s equator. The technical term for this phenomenon is anisotropy.

We have been taught that our planet has four main layers: the crust, the mantle, the outer core, and the inner core. The idea that another distinct hidden layer exists was brought up a couple of decades ago, but there is insufficient evidence to prove it. Ph.D. researcher Joanne Stephenson, the lead author of the study says that even though this new hidden layer is difficult to observe, the distinct properties of this layer could point to an unknown and dramatic event in the history of Earth.

Stephenson said, “We found evidence that may indicate a change in the structure of iron, which suggests perhaps two separate cooling events in Earth’s history. The details of this big event are still a bit of a mystery, but we’ve added another piece of the puzzle when it comes to our knowledge of the Earth’s inner core.”

The team analyzed a dataset of about 100,000 earthquake waves that passed through the core. They applied an algorithm that can give the best physical explanation of the observation. They found that in the inner-inner core (starting about 650 kilometres from the centre), the anisotropy in the slow direction was off by 54 degrees and not parallel to the equator.

Stephenson said, “This isn’t just noise in the data, this is really something that’s there,” indicating a hidden layer inside the core.

It is still not easy to say what that something is. The scientists are working with a team of mineral physicists and geodynamics to create a model that can explain this change. According to Stephenson, as the planet cools, the inner core also cools and expands. Hence the structure of the inner core could have something to do with the way iron crystallizes as it cools. It could also be due to the changes in the behaviour of metals at great pressures and temperatures.

Creating an image of the core is a complex process since the deep earthquakes used for imaging don’t take place evenly across the globe. This leads to the occurrence of blind spots. Seismologists and geophysicists are finding ways to tease out exotic phases, a subtle type of earthquake wave, that has passed through the inner core. These are generally too subtle to see from a single earthquake, but they can be seen in large datasets of thousands of earthquakes.

It’s really important to understand the core of our planet and the potential hidden layer inside it since it influences the creation of the Earth’s magnetic field. This magnetic field protects the planet against charged particles from the sun. This protection enabled the evolution of life on Earth. 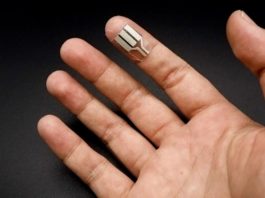 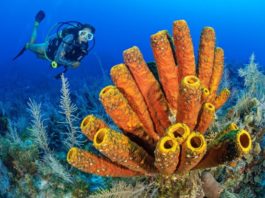 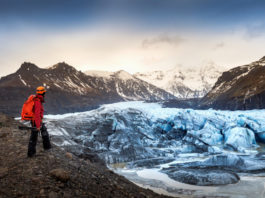