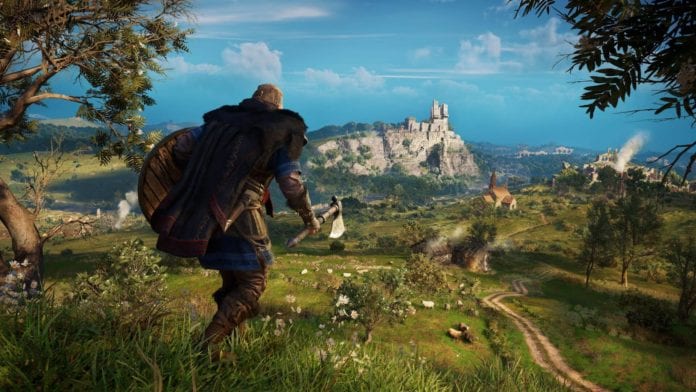 A new leak points to the next Assassin’s Creed game being set in the 17th century India, which will include all of India, Bangladesh and a part of Pakistan. While the leak comes from a questionable source (4chan), there are some things that might not be completely out of question.

The leaker claims that the game will have “some emphasis on the British East India Company as well as the Dutch East India Company”, with both being presented as rival factions. There are some specific claims as well such as the protagonist being a “fully written female protagonist” with no option regarding which gender to play as. This seems to go against the new wave of Assassin’s Creed titles which have opted a more RPG-like system, giving players way more freedom of choice when compared to the earlier entries. However, we also know that much of older Ubisoft management was very much against female protagonists, so with the new game allegedly being worked under new management, it makes sense to have a female protagonist.

Another returning mechanic is the bounty system, which will now be geographically categorized. As far as navigation goes, the leaker claims that naval gameplay may not be present in this title. Naval combat and exploration made little sense in Valhalla as most of that took place within smaller rivers and distributaries.

One claim here that does seem true is that it will be a PS5/Xbox Series exclusive, which makes complete sense. The new game should be out this year if we follow Ubisoft’s new release schedule, but the claim of it being a next-gen exclusive may point to a 2022 release. After all, Assassin’s Creed Valhalla was the franchise’s biggest game to date in terms of how many studios worked on it. Every year we get many new rumours and ‘leaks’ regarding that year’s Assassin’s Creed title, and while some of them ring true, most of them are far from the truth. The leading rumour before Valhalla was announced was of a game set in ancient Rome, which never came to fruition. However, knowing that Ubisoft typically works on multiple AC games at the same time, some leaks tend to pay off in the long run.

We’ll probably have to wait until around E3 time (July) for the next Ubisoft Forward before we hear about it, as Valhalla still has a lot of post-launch content with expansions that is yet to come.