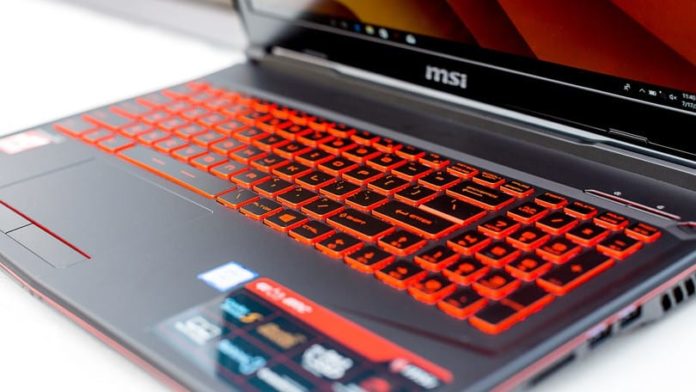 Speaking of Prime Day deals, the MSI GL63 gaming laptop is available for a really appealing price of $750 only. That is a sheer 250$ off of its retail price, so what kind of specs are we expecting here?

This 8GB of DDR4 memory may seem like too little to play all the games the industry has to offer. Also, 256GB of SSD is quite cramped if you intend to install multiple applications. ever, the gaming notebook supports the addition of 2.5 inches of an internal SATA HDD. Spending extra cash for a 1TB ADATA Ultimate SSD and expanding the RAM by another 8GB stick will transform this laptop into a serious gaming workstation.

The GeForce GTX 1050Ti is still a capable GPU able to run demanding games at acceptable frame rates. It’s the same variant found in the desktop standalone cards. According to various benchmarks, users can expect around 73fps on Doom, 83fps in GTA V and 55fps in Witcher 3 on high settings @ 1080p.

With all this being said, the MSI GL63 is a notebook worth buying among all the prime day deals. You’ll also receive a free mouse with your purchase.