The Legend of Zelda: Ocarina of Time was a monumental game. It redefined adventure games for generations to come and is still regarded as one of the best games of all time. Back in 1998, what did it not have? Cutting edge visuals, an epic story, fantastic controls, it was all there. Above all, however, it was a complete game.

Think that last part was obvious? Welcome to 2017.

2017 was the year where the issue of microtransactions in video games was finally brought to the forefront of the gaming community, and by extension, to the eyes of the gaming developers, and the way it was revealed – the broken world of Star Wars Battlefront 2 – serves as a talking point for what games are now compared to what they were in the era before microtransactions, and where video games go from here.

In case you don’t know, microtransactions is a term that is used to refer to in game transactions that the player can perform in order to get additional content or items that were not present in the original release of the game. For example, a game with microtransactions would make you pay an additional amount to unlock a new area that had to be downloaded via the Internet, or the game would offer you the chance to pay real world money for a piece of special gear that will dramatically increase your power in the game. Some popular games that have used microtransactions in the past and continue to use them to this day are Overwatch, Team Fortress 2, FIFA games and various mobile games such as Plants vs Zombies, Clash of Clans, Final Fantasy (mobile versions) etc.

Speaking from a business perspective, microtransactions are a brilliant move – they capitalize on the desire of the player to advance in the game and get better, and naturally, as most people will tend to see what happens to the characters and the story that they have invested time and energy in, they will pay to see what happens next. However, if you think about it from a customer perspective, it doesn’t sound fair, does it? Games like Call of Duty 4: Modern Warfare Remastered and Middle Earth: Shadow of War were widely criticized by the gaming community due to a huge emphasis on microtransactions. Unfortunately, 2017 saw a considerable rise in the amount of microtransactions in the form of lootboxes and content being locked behind paywalls, and perhaps one of the biggest offender of this is Star Wars: Battlefront 2. 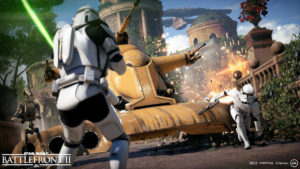 The first edition of Battlefront was launched in 2015 to mixed reception. The main criticism were lack of content in the main launch, with developer Electronic Arts (EA) opting to release a Season Pass to add more content to the game. When the announcement for a second game was made in May 2016, many were apprehensive about the way that EA would approach this game, especially after the statement from them that they had given up on the ‘season pass’ system and that they were listening to the complaints and criticisms levied against them for the way they handled Battlefront 1. When the beta of the game came out on Early Access, all the content was available right from the start, players were overjoyed to finally have an amazing Star Wars game that really captured what it felt to be in the fantastic world of the Jedi and the Sith. Everything about the game seemed to be fantastic, with brilliant visuals and seamless gameplay. However, players quickly found out that everything about the game was not what it seemed.

While EA had ditched the season pass system and made all the content accessible from the start, it was figured out that in order to gain items and/or upgrades that would make characters stronger, and to even get characters in the first place, they had to either pay real world money or spend an ENOURMOUS amount of time playing the game as they are hidden behind credit walls and lootboxes. I’m talking like around 40 hours to unlock a single character. No matter how you spin it, that is a really horrible thing to do. Here’s an example: a redditor by the name of The_Kratos calculated that it would take 4,528 hours of playing the game to manually unlock all the content that it had to offer. That’s roughly 188 days of a year. The alternative is to unlock it all, instantly, and with no effort at all, for $2,100 dollars.

This is the definition of a ‘pay to win’ system where how far you can advance in a game (in an online multiplayer paradigm) isn’t determined by how good you are or how skilled you are in the actual game itself – its determined by what gear you own and how much time/money you were willing to invest in it. This immediately turns off a significant portion of gamers, because who wants to spend hours upon hours of playing a video game to get something when someone who is just willing to pay for it could achieve the exact same thing? EA’s response to this was…interesting, to say the least. When a player highlighted the issue by citing that he had to pay $80 dollars for Darth Vader (arguably the most iconic Star Wars character and one of the most iconic villains in cinema history) on the reddit page for Battlefront 2, they responded with this:

‘The intent is to provide players with a sense of pride and accomplishment for unlocking different heroes.’ 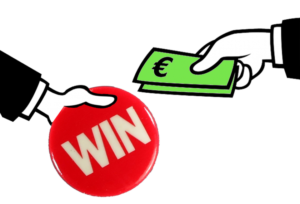 News flash: When you have to spend 40 hours to get a single character, it’s not giving players pride or accomplishment. The above comment quickly became the most downvoted comment in the history of Reddit, with over 673,000 downvotes. The feedback from this system was so bad that Disney, the owner of Lucasfilms (and everything Star Wars) forced EA to remove the lootbox system from the game entirely, due to the bad image the negative reception to the system, was giving to the Star Wars brand. However, it was not a complete victory for the gamers, as EA will probably bring the lootboxes back in some fashion – after figuring out how to make them fairer. 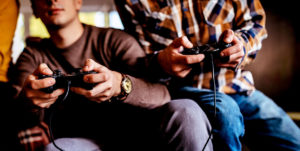 The reason this is such a problem for gaming as a whole is that if this practise is continued to the propagated in such a casual and ridiculous fashion, then various game developers will slowly accept it as ‘okay to do’, which it is most certainly not. With this attitude, games will continue to be produced in this vein: pay to win systems that encourage you to buy more and more in order to further your progress. With so many young people playing video games, this means that the amount of money that these companies make will skyrocket, which in turn will encourage them to make even more. The excuse that they have to conduce their business is inevitably going to be tossed around, but there needs to be some tact and some respect shown to the players who have made the video game companies what they are today.

I’m going to conclude with a situation that aptly demonstrates what the current scenario is like. Imagine you’re sitting in a theatre, and halfway through your movie, the screen goes blank and you hear a voice saying that you need to pay extra to see the rest of the movie. Some of the people who are really invested in the movie and want to see what happens next will inevitably pay up, but those who are indifferent will get up and leave. However, because the makers of the movie will get extra money from the people who paid extra because the movie wasn’t finished, they’ll keep doing it again and again, and soon, we’ll all get half finished movies, the ending being blocked by a paywall. You can never go to a theatre and just pay once to see a complete movie.

Doesn’t sound so fun, does it?

The 3rd Generation AirPods come in with Magsafe charging support as well as an Adaptive EQ function to adapt with customized scenarios. Apple AirPods...

Kena: Bridge Of Spirits PS4 and PS5 Physical Copies Are Now Available To Pre-Orders In India

Kena: Bridge of Spirits was released a few weeks back and received great reviews. One thing that Ember Labs, the devs, didn't announce was...