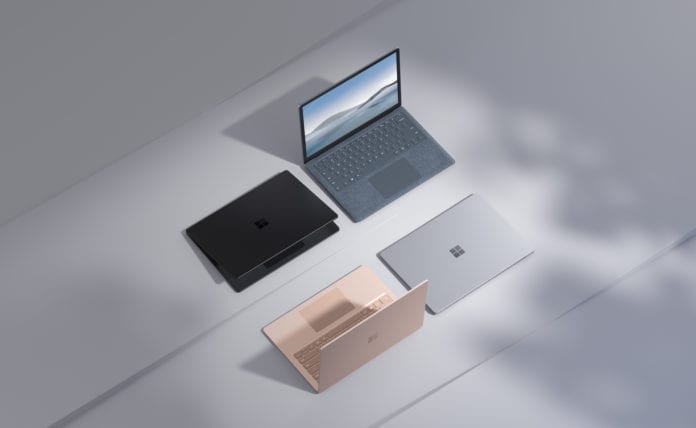 Today, the Redmond giant refreshed its Surface lineup with Surface Laptop 4 with an option to choose between Intel or AMD processors in two sizes, 13.5-inch and 15-inch.

The Intel variant will be coming with the latest 11th generation CPUs coupled with Intel’s Xe graphics. Meanwhile, the AMD variant will be shipping with Ryzen 5 4680U and Ryzen 7 4980U mobile CPUs and the Radeon graphics.

There are not many changes in the design, but the expanded configuration option is now gone. Both 13.5-inch and 15-inch variants come with PixelSense touch screen displays and have one USB-C port, one USB-A port, a headphone jack, and Microsoft’s proprietary Surface Connect port for fast charging.

According to Microsoft, the Surface Laptop 4 is 70% faster than its predecessor, and some configurations are said to be twice as fast as the Surface Laptop 3. The battery life is also said to be more than earlier, with the 13-inch AMD model said to last up to 19 hours, while the 15-inch model is said to deliver up to 17.5 hours of battery life. In contrast, the Intel-powered models are promised to deliver up to 17 hours of battery life on the 13.5-inch model and up to 16.5 hours on the 15-inch variant.

The Surface Laptop 4 will start shipping in the United States, Canada, and Japan starting April 15.

The Surface Headphones 2+ will be available in the United States starting today for $299.99. The Modern USB Headset will be retailing for $49.99 in select markets beginning June. Meanwhile, the Modern USB-C Speaker and Webcam can be bought for $99.99 and $69.99, respectively, and both of them are expected to start shipping in June.