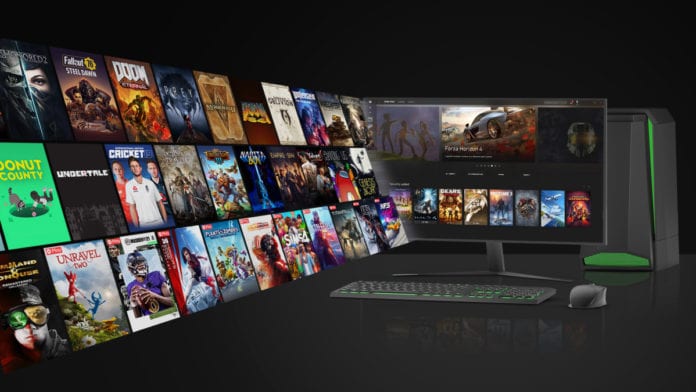 The Microsoft Store for PC gamers is about to get much better, with a revamped store experience, better download speeds, cross-progressions with Xbox consoles and increased developer revenue.

In a new blog post on Xbox Wire, Matt Booty, Head of Xbox Game Studios went into detail about how they are going about updating the Microsoft store and its features to suit the needs of PC gamers better.

In an effort to shake up the PC gaming market, Microsoft announced that the developer revenue for games on the Microsoft store will be increased to 88% from 75%. The 12% store cut is tied with Epic Games Store, which is much less than what Steam charges developers. However, unlike EGS the Microsoft store isn’t going to make any moves so as to put itself in a loss-leading position. The Microsoft store itself is going to get an overhaul, as Matt Booty describes:

“We regularly work on features and functionality that improves and/or allows for a more customized experience like Xbox Game Bar. We’re also bringing more quality-of-life improvements to PC gamers, including improved install reliability and faster download speeds over the next few months.”

The goal here is to use Xbox Game Pass to drive engagement on the Microsoft Store. As members of Game Pass get discounts on in-game items, DLCs, expansions as well as the games themselves, Microsoft is betting high on its subscription service to aid its storefront. If it wasn’t clear before, the Xbox ecosystem now includes PCs too thanks to Xbox Game Pass on PC, Microsoft store as well as games available on Steam.

Cross-Play and Cross-Progressions Across PCs and Xbox Consoles

The first of these updates is player-focused, with Halo Infinite’s multiplayer mode offering cross-play and cross-progression across PC and consoles. This is a big move on Microsoft’s part, and pairing it with Halo Infinite’s free-to-play multiplayer is another extension of Xbox’s recent efforts in bringing PC gaming, consoles and cloud gaming together.

Halo Infinite’s PC version is also shaping up to be what Matt Booty, head of Xbox Game Studios calls a “premier PC experience” (more on that here).

From Booty’s comments, it looks like gaming on the Microsoft store will get much better in the second half of 2021. Xbox Game Pass is continuing to grow, but its game library on console is still bigger than on PC. If only Microsoft somehow allowed Xbox Game Pass to come to Steam…