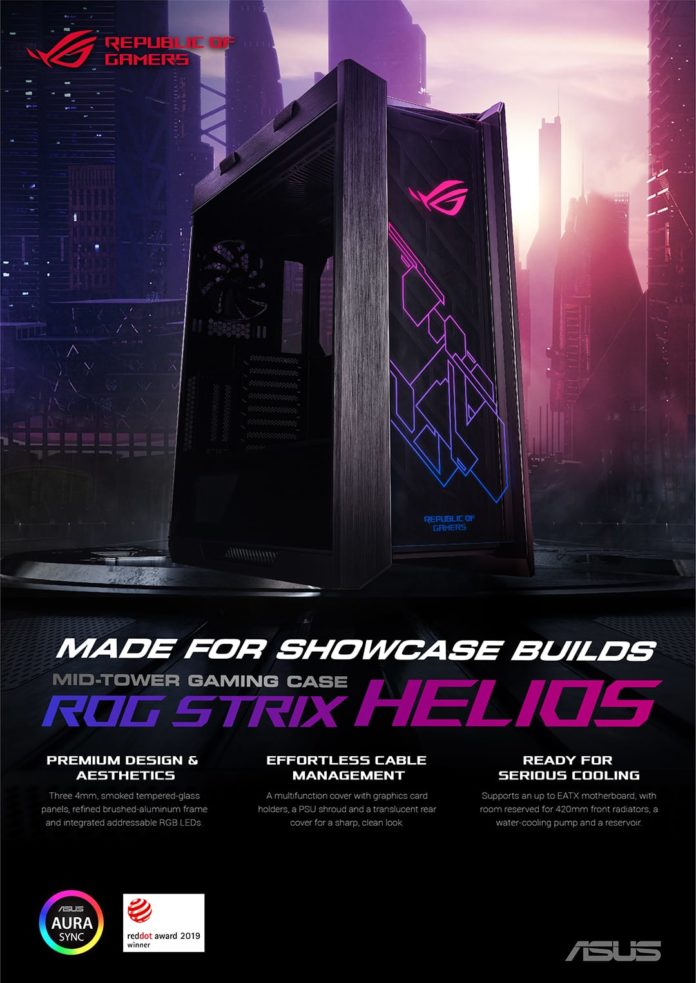 If you are a PC gamer, then you’ll probably know this. Having a powerful PC isn’t enough, in fact, far from it. You need to have tons of RGB strips on every piece of hardware you own, right from the mouse-pad to the PSU. These days you get pre-built PCs with all the shenanigans already included, but building one with your own fat, grubby hands is something else entirely. And on that note, Republic of Gamers (the division of Asus that makes shiny (and pricey) gaming laptops, and desktop components) is prepping a gorgeous new case, called the ROG Strix Helios.

Sweet, isn’t it? The ROG Strix Helios is a mid-tower case meant for showcase builds, but hey no one says you can’t use it for your personal setup. You can already read the specs from the leaked banner so I’ll only point the important stuff. The Helios cabinet features three tempered glass panels coupled with a brushed aluminum frame. The front features some fancy RGB lighting, including the ROG logo on a mesh base that covers the internal structure. The motherboard supports EATX motherboards with space for multiple 420mm front radiators and a water-cooling pump, (wait for it) as well as a reservoir. Like all the other major brands, the RGB LEDs can be synchronized with the mobo and other components with Auro sync support.