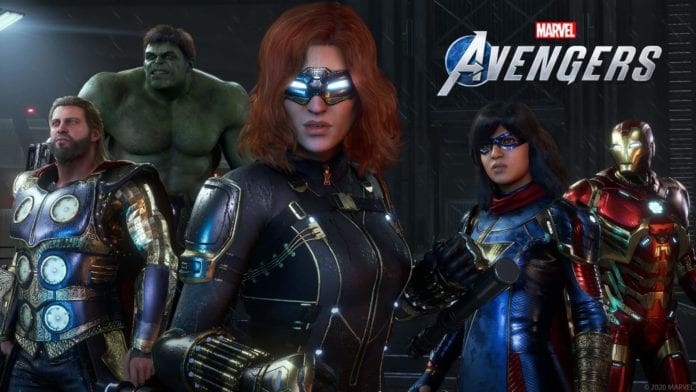 With the Marvel’s Avengers PC Beta phase now over, there’s a lot to talk about regarding the performance of the game across all platforms. Players first got their hands on the game a couple of weeks ago with the PS4 closed beta, with the subsequent beta phases inviting Xbox and PC players in.

I wasn’t able to enjoy my experience courtesy of the PS4 version’s horrible performance. The game is locked at 30 FPS on both consoles, however, it seldom reaches that ceiling. That’s why I was really interested in checking out the PC beta, and we’ve got some performance breakdowns to gauge how the game might run when it releases on September 4. We tested the game on a variety of systems to get a good idea of how it runs.

Since the game doesn’t come with any in-built benchmark (at least in the Beta), we had to manually check performance in the opening prologue of the game. As it turns out, the prologue sequence on the Golden Gate bridge is an excellent way to test your hardware as it’s quite taxing. There’s plenty of destruction going on around and the framerate can dip a lot, especially when playing as the Hulk.

As expected, the game runs better than its console counterparts, but is the performance stable? That’s where we run into some problems. As you can see from the chart above, performance doesn’t necessarily scale as linearly as you would expect it to. We were surprised to see PC 1 pulling in lower numbers than the relatively less powerful PC 2. The RX 480-equipped PC did fairly well, particularly when the dynamic resolution was turned on. And that is perhaps the best way to play the game in its current (phased out) state – with DRS turned on. While there’s no NVIDIA DLSS solution present in the game currently, I hope it does eventually get added post-release as Avengers PC versions would most definitely benefit from it.

However, the option did not work perfectly for the majority of the Beta period, only getting fixed in the last phase. After that, it seemed to work great on my peers’ systems, though not as well on mine (RTX 2060S). While other options in the game work perfectly as you’d expect them to, there are still some horrendous fps drops particularly during in-game loading – e.g elevator rides. Multiplayer matches can turn ugly really quickly when there are multiple robots flying in your face and you can’t tell who’s attacking who.

Marvel’s Avengers can hit your GPU very hard, at least in its early state. I don’t expect all the issues to be fixed by launch, but a steady stream of updates can surely help. Currently, though, the best way to play the game is undoubtedly the PC version, with the free next-gen upgrades promising some of PC’s most-touted features.

Marvel’s Avengers releases on September 4 on PS4, Xbox One, PC, and Stadia. The game will also receive free updates for the next-gen PS5 and Xbox Series X versions.