Microsoft has officially confirmed that Marvel’s Avengers is now coming to Xbox Game Pass. The Xbox Game Pass version will be the complete package of all content of the game so far, including Kate Bishop, Hawkeye, and the brand new Black Panther: War for Wakanda expansion.

The game’s arrival on Game Pass will come just in time for the Quad XP event, which runs from September 30 to October 4, in celebration of the game’s one-year anniversary of this game. Also, this is not the first time Square Enix is putting one of their newer games on GamePass. As even Outriders which was officially released this year is available to all the GamePass subscribers, so this does give some hints that upcoming Square Enix games might as well be available on GamePass.

A blog post about the same reads, “We just launched our biggest expansion to date for Marvel’s Avengers – Black Panther: War for Wakanda. We’ve loved seeing your reactions to the new campaign, and today we’re excited to announce that we’re making the complete Marvel’s Avengers experience, including all previously released free content, available with Xbox Game Pass for PC, Console, and Cloud on September 30. Yep – you read that right. Every player with an Xbox Game Pass membership can experience the full game and all our post-launch Heroes and missions. This includes four-story campaigns that showcase one or more Hero’s unique abilities, as well as our Avengers Initiative – our evolving online multiplayer world that lets you and three friends play as any Hero in our roster and embark on global adventures.” 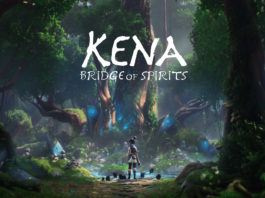