When one thinks of big names in Hollywood, Marvel Studios is hard to pass by. Over the last 9 years, Marvel has dominated the film landscape with continued success that their films have earned. This being a golden time for comic book fans, Marvel continues to surprise us in the most unexpected ways with a barrage of announcements during the yearly comic conventions. One such convention is Disney’s (presently Marvel’s parent company) yearly D23 expo.

Marvel Studios President Kevin Feige took the stage to address the audience on how far they have come since the first Iron Man came out in theaters about 9 years ago. Seeing as how next year will mark the 10 year anniversary, it only seems fit to celebrate that with the unveiling of a brand new logo, which Feige did with much applause.

Now, the upcoming films which are in post-production consists of Thor: Ragnarok & Black Panther, both of whose teasers were recently released to the public. But the giant mammoth project currently being spoken about is of course the third Avengers film, namely Avengers: Infinity War. It was revealed that the film has mostly finished shooting recently and the cast is headed towards production for the next untitled Avengers project. Naturally this gave fans a glimmer of hope for getting to see the first footage to be revealed at either D23 or next week’s San Diego Comic Con. 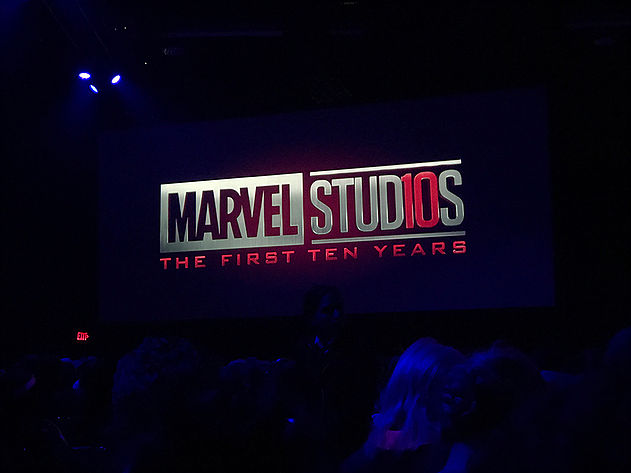 Feige surprised everyone in the audience by slowly announcing the various actors who are a part of it to come on stage, much like how the initial cast for the first Avengers film had come for the studio’s first big presence at comic con in 2011. While a few of the cast was missing, it can be safely assumed that they were back in Atlanta for the second stage of filming. Joining the cast was Joe Russo, one of the director-duo that is helming, remarking upon how much success they have received, and went on to screen the first footage from Infinity War.

While we at Techquila weren’t present at the expo, many news outlets were and we have compiled the footage description as it was :

The footage begins as the the destroyed Stark tower from the aftermath of the first Avengers film fills the frame. We see shots from all the movies starting from Iron Man, all the way to the latest films, finally culminating in a shot of Thanos picking up the Infinity gauntlet at the end of Age of Ultron. This leads in to the actual teaser for Infinity War.

The Guardians of the Galaxy are flying through space in what looks like the ruins of a destroyed cosmic system. It seems like they are about to enter danger as Star-Lord says “This might be dangerous. Put on your mean faces.” Suddenly, Thor smashes against the windshield of the Milano seemingly out of nowhere. “Get it off!”, remarks Rocket as if a particularly large bug has smashed into the windshield. They take him in the ship and Mantis brings him back to life. He is in the gladiator garb, with short hair, as seen in Thor: Ragnarok. Upon waking up, he asks “Who the hell are you?”. This apparently seems to be the intro of the Guardians coming into the mix with the world of the Avengers.

Following this is a quick look at many of the action sequences throughout the film.

We see Scarlett Witch cut a flaming car in half. Vision appears to be nearby in some kind of a prison.

As Thanos comes into view, we hear Mantis say “Death follows him like a shadow.” Cut to Loki heading towards handing the Tesseract through flaming wreckage.

Next, we see Tom Holland’s Peter Parker on a school bus, with hair on his arms standing up, confirming that he does have Spider sense. We see alien ships crash land on Earth as a voice says “He’s come to us.” A worried Mantis stands with Iron Man, Thor, Doctor Strange and the rest of the Avengers.

“Fun isn’t something one considers when trying to balance the universe…” Thanos says as he comes into view, in all his mighty purple glory. We see a sad Gamora in the wreckage left after the destruction of the Collector’s lair.

“…But this does put a smile on my face,” continues Thanos.

Star Lord and Doctor Strange start their fight against him, combining the use of magic and space guns. We see Spider-Man join in on the action in a new suit (Iron Spider ?), most likely the one teased at the end of Homecoming.

We see Black Widow with blonde hair, as well as a shot of Captain America stepping out of the shadows with a beard and a darker version of his suit. Winter Soldier is seen, along with Black Panther leading an army of Wakandan soldiers against the members of the Black Order. We see Spider-Man, mask off and grievously injured, in the arms of Tony Stark, as he says he’s sorry. No other context is given.

We see brief shots of Thanos in fight with the Avengers. He grabs Thor’s head and is about to squash it. Using the power of the the two infinity stones in his gauntlet, he takes a part of a moon up in the sky (the moon?) and hurls the wreckage onto the Avengers !

Clearly this sounds just as epic as it was promised to be. The scope of the film sounds just incredible, especially knowing that the film will use special IMAX cameras (the same ones used for the airport sequence in Civil War) for the whole of the run time, a first in the industry. 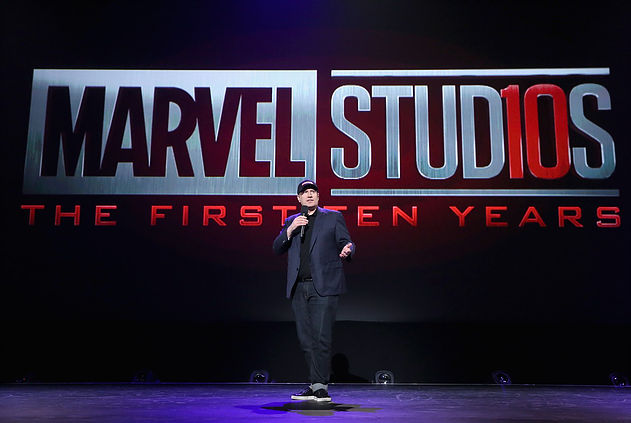 Coming out of the presentation, many of the cast members revealed some more info, teasing the film that is going to be the biggest we’ve ever seen. They also reveled the help that Thanos will be getting in fighting the Avengers, with it being the unveiling of the Black Order, or simply, the children of Thanos. This will mark the cinematic debut of the Black Order, just like Captain Marvel (played by Brie Larson) who is also supposed to mark her first appearance in the MCU with this film.

We expect more news and footage to be revealed in the upcoming days as San Diego Comic Con comes by. Hopefully Marvel hears the cries of its fans and maybe, just maybe, they will release the teaser online. Until then, we can only wait for the rest of the films that will precede Infinity War, namely Thor: Ragnarok and Black Panther. With Spider-Man : Homecoming in theaters receiving rave reviews(here is ours), it is safe to assume that Marvel will continue to provide a good time at the theaters.

What did you think of the footage that was revealed ? Were you at the convention ? Sound off below !

The system requirements for the upcoming Marvel's Guardians of the Galaxy game have been listed on its Steam page. It seems like, just like Marvel's Avengers, some...