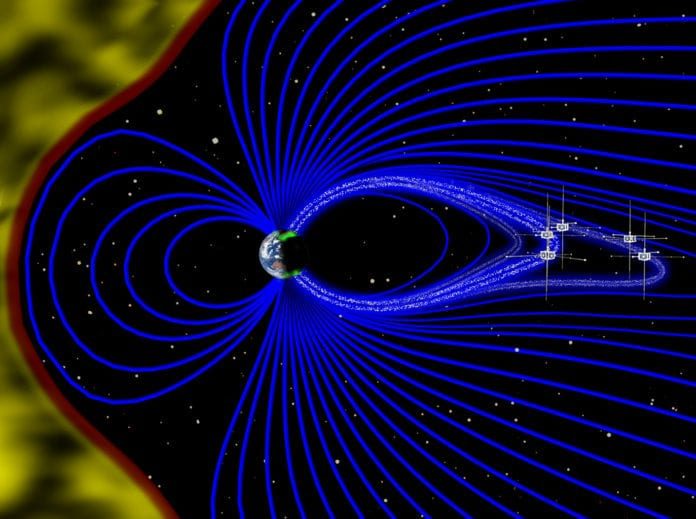 Researchers have been studying a dramatic flip in the Earth’s magnetic field that happened about 42,000 years ago. The flip was immediately followed by a global period of upheaval and chaos. A lot seems to have changed due to this relatively lesser-known event in our history. According to the radiocarbon preserved in ancient tree rings, the flip was the direct cause of centuries’ worth of climate breakdown, mass extinctions, and changes in the behavior of humans and animals alike. This reverse in polarity deserves much more attention than we are giving it.

Named as the Adamas Transitional Geomagnetic Event, or the Adams Event, after Douglas Adams, who in one of his books had declared 42 to be the answer to life, the Universe, and everything. This marks the first time that researchers have been able to precisely date an event like the magnetic pole switch and study its immediate aftermath. The primary source of data for this discovery is the remains of the ancient New Zealand kauri trees, which have been preserved for over 40,000 years. The remains of the trees helped the scientists measure the spike in atmospheric radiocarbon levels following the magnetic field’s collapse.

The most recent period of pole reversal is known as the Laschamp event. The formal name of such an event is the geomagnetic excursion. It is characterized by the planet’s magnetic poles briefly swapping places before returning to their original positions. The latest one happened about 41,000 years ago and lasted for about 800 years. What effects it had on life back then was unclear, so researchers jumped on the opportunity to study the remains that were unearthed of an ancient tree that had been alive at that time. The atmospheric activity recorded in its growth rings proved to be an invaluable source for data.

Radiocarbon, or carbon-14 present in the remains’ rings, helped us figure out the cosmic activity at that time. As the particular form of carbon is only formed in the upper atmosphere., researchers can study the trace amounts found in trees living at the time to figure out how much cosmic radiation Earth was receiving. This means that during an event when the Earth’s magnetic field was weakened, the plants should record more cosmic radiation. This holds true for the Laschamp event as the trees show that the Earth’s magnetic field was at its weakest leading up to the switch event.

The weakened magnetic field must have triggered climate change as radiation from outer space could easily ionize the earth’s atmosphere. This would have led to change in the behaviour of animals across the world. Interestingly this event coincides with some of our oldest cave art. This leads some researchers to suspect that the harsh climate would have forced humans back into caves and prompted the other behavioral changes from that era. However, all of this is mostly speculation, and we need to wait more to see what the larger scientific community thinks.