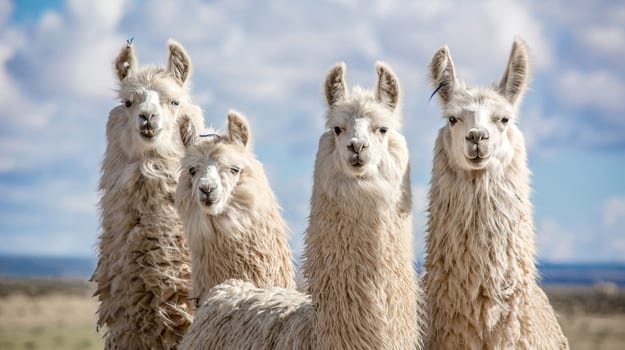 Viruses have been the cause of a lot of human suffering. These near-dead organisms are particularly hard to kill when they have entered the body, and only a handful of methods exist with which we can fight off these disease-inducing microorganisms. The list of viruses known to humanity is long, and a lot of the viruses on the list are fatal if contracted.

Particular viruses cause diseases such as HIV and COVID-19. Therefore, it has been a matter of concern for medical researchers that there are not many ways to fight them off. Each virus requires a unique method to kill it and viruses which cause HIV and COVID-19 do not have a sure shot cure yet.

The cutting edge of Biotechnology has been to work with antibodies and to engineer them into new treatments for bacterial and viral infections. As a result of the years of efforts by scientists around the world, a team of researchers has come up with a new approach that involves sticking together tiny antibodies from llama blood with a type of bacterial super glue. The preliminary observations have concluded with the result that the interconnected antibodies have shown efficacy in fighting off two types of deadly viruses and shown promise to fight off other infections as well.

The researchers have claimed that the new study has surpassed a lot of the limitations of its predecessors, and it will be able to work more effectively if and when it is used. The technology involved is very general, one researcher commented, and it will be useful for infectious diseases and also for Cancer. The claims, if true can prove to be a boon for the countless patients suffering from terminal diseases worldwide.

Antibodies, by their very nature, can treat a wide variety of illnesses, which also includes Cancer and autoimmune diseases. Some therapies already exist that utilize the antibodies to treat some diseases. However, these therapies are too few. The main problem behind making any antibody treatment lies in their production. These antibodies can only be produced naturally by cells of a functioning immune system. To make the cells produce the antibodies as desired, it requires complex genetic engineering. Then there is the problem of the structure of the protein.

It is entirely possible that the resulting proteins might not fold accurately, therefore hampering the antibodies’ ability to perform its task. One of the ways to bypass the second problem is to use the small antibodies produced by animals such as Llamas, which are quite small in size, which makes it improbable to fold in the wrong way.

The process of producing these antibodies became simple. Scientists injected the Llamas with the virus and isolated the immune cells that produce antibodies. The Llamas were quick to respond to the virus, and they manufactured about seventy different types of antibodies, which effectively fought back against the invading viruses. The study can prove to be of great importance in the ongoing global efforts to eradicate death due to some of these viruses, and if it succeeds, we are all likely to benefit from it.