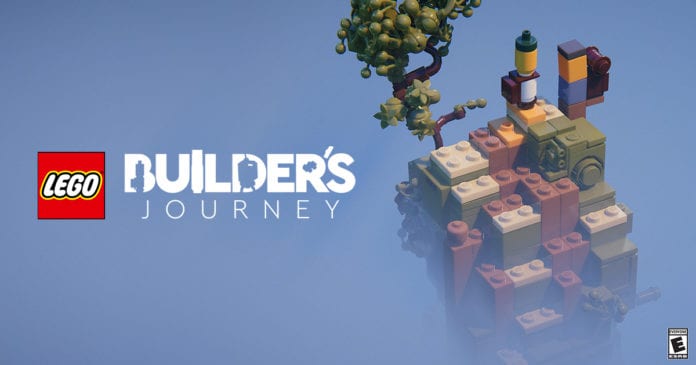 LEGO Builder’s Journey released two years ago on the Apple app store, but its full potential has only now been revealed with a new PC version, taking advantage of ray tracing and DLSS in a gorgeously small package.

Builder’s Journey is a puzzle game where you use LEGO blocks to essentially build bridges and guide its colourful characters on a journey of a lifetime. The gameplay is incredibly simple, but its storytelling is marvellous. With no dialogue, developer Light Brick Studio manages to tell a heartfelt story of a father and son, all set within the universe of colourful building blocks.

There’s not too much to say about the game itself at this point, which is excellent, but the new PC version does have an ace up its sleeve which enhances an already great experience – Ray Tracing. Believe it or not, ray tracing makes a subtle, but noticeable change in the experience of picking up toy blocks and fitting them together. Here’s a look at the difference ray tracing makes in a LEGO game:

The game’s PC version comes with fully stacked ray-traced implementation including ray-traced global illumination, reflections, ambient occlusion, and shadows. Here’s a quick look at the game with each of the features turned on one by one in succession. You can open the images in a new tab in full resolution to compare the visual differences.

Coming to performance, being a visual showcase I’d argue it’s fine to not play this one at 60 FPS. I played the game at 1080p on an NVIDIA Geforce RTX 2060 Super and had a pretty good experience. DLSS helped in reaching 60 FPS and above with all the fancy RT features turned on, and without it I would hover around 30 FPS or below at times. However, at a low resolution like 1080p, DLSS doesn’t look particularly great either, or at least that’s how the game works with this version of DLSS.

I expect the performance to improve further even without DLSS with future patches after the game releases, but if it doesn’t, then it isn’t too much to be sad about. Maybe we’ll see the game come to PS5/Xbox Series consoles now that it has ray tracing support? Who knows, but that would certainly be a welcome move.

LEGO Builder’s Journey is out now on Steam and Nintendo Switch, as well as Apple’s iOS and macOS devices as part of the Apple arcade subscription.