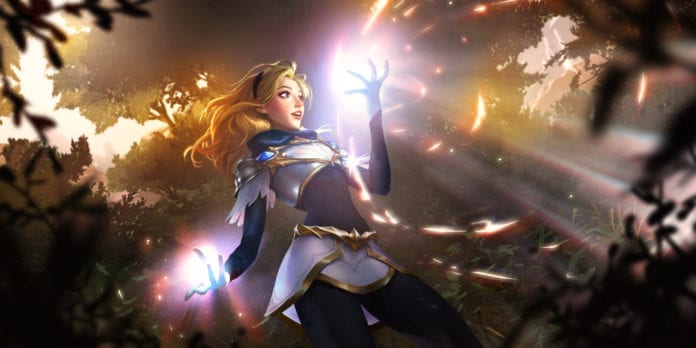 Riot Games isn’t known for slackening. They have pushed out two big games in one year, overcoming all difficulties and technical challenges posed by the pandemic. Their take on the digital card game genre, Legends of Runeterra, has made the rounds online for being one of the most generous in the genre in terms of accessibility. With a new update, Legends of Runeterra will be getting its second battle pass based on the popular K/DA skins from League of Legends.

The new event will be running for a month and will feature a special reward track featuring the K/DA stars Ahri, Kai’Sa, Evelynn, Akali, and the new kid in the block – Seraphine. The event will have additional quests (ie, besides the normal daily quests that you already get) which can be completed for progressing along the reward track. As all battle passes, it features a premium and a free track – just that the free track is a lot more generous than other games.

The event also adds five brand new cards to add to your collection, all themed on the K/DA stars. All five cards are epics that can only be used during your main phase with the exception of “Go Get It”. The cards are present on the free track, so a bit of grinding can easily get one three copies of each new card. The cards might not be meta-defining, but it’s always good to see new content being delivered, especially when it helps bridge the gap between League of Legends and Riot’s other games. All of these cards will be craftable using shards or epic wildcards or earned through chests after the event is over, and any earned cards will remain in the player’s collection.

Legends of Runeterra had often prided itself in being one of the collectible card games that offered the most value to the player in exchange for their time, and the event continues to help the developers deliver for both free as well as paying players. The paid track contains mostly cosmetics, but they will only be available for the duration of the event.

The paid track costs 975 coins (€11.99 gets you 1150 coins, more than enough for the battle pass). It’s definitely a win-win deal for players who grind regularly in the game, as it grants access to a wide variety of beautifully designed cosmetics as well as some wildcards and shards.

The only possible damper is from the fact that none of the K/DA stars have made their way into the game. If they had, alternate card arts for the champion cards would have been an excellent reward from the battle pass. Guess some things take time to happen…..