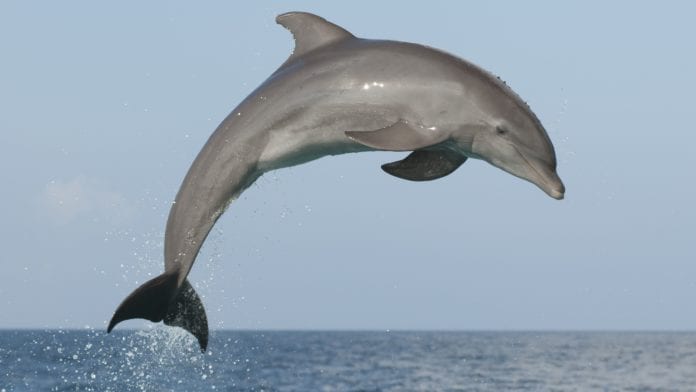 Dolphins are good at learning; they are easily trained in captivity and can perform complex tricks and tasks when given the right incentives. These learning abilities are a tell-tale sign of a complex social structure present in the way dolphins interact with each other. Dolphins also have the right proportions of the brain to facilitate intelligent behaviour in their day to day activities.

These intelligent animals have been the object of researchers’ interests for a long time. People have observed dolphins utilizing complex hunting solutions in groups. A detailed look at the way dolphins interact with each other is a natural next step.

Researchers who are studying this complex behaviour of dolphins have made some startling discoveries. At Shark Bay in Western Australia, scientists have observed dolphins herding their prey, which are generally small fish, into shells of giant snails. This unusual behaviour is followed by something even more astounding; the dolphins pick up the shells after some fish are inside, take them to the surface and then shake them so that the fish stuck inside fall into their mouths. The process is called shelling, and it is a very good way of ensuring a meal when they need it.

The utilization of tools to ease the burden of activities such as hunting and eating has been observed in higher mammals. This kind of behaviour requires brains that are capable of learning the complex intricacies involved in such actions. This, however, is not the first time that dolphins have exhibited the use of tools to carry out tasks.

What is special about this discovery is that this is the first time that researchers can show that dolphins are capable of learning from their friends. This behaviour is pretty new, and with the speed that these mammals have adopted said traits, it is indicative of the fact that they have been learning it from their friends.

The intensive observational records of the shark bay area indicate that the big die-off due to the heatwave of 2011 kick-started the wider adoption of shelling in dolphins. Different dolphins from diverse genetic lineages have engaged in the shelling technique of hunting. The careful analysis of the data showed that the skill was spreading horizontally through the social structure of the dolphins. While it is possible that some dolphins learned the skill from their mother, however, to explain the big explosion in the utilization of this skill can only be explained when learning from friends is considered.

The discovery is remarkable and has to be treated as such. As for the implications of this study, it is still unclear. However, it seems as though the more we think we understand the nature of intelligence in animals, the more surprises mother nature can throw at us.