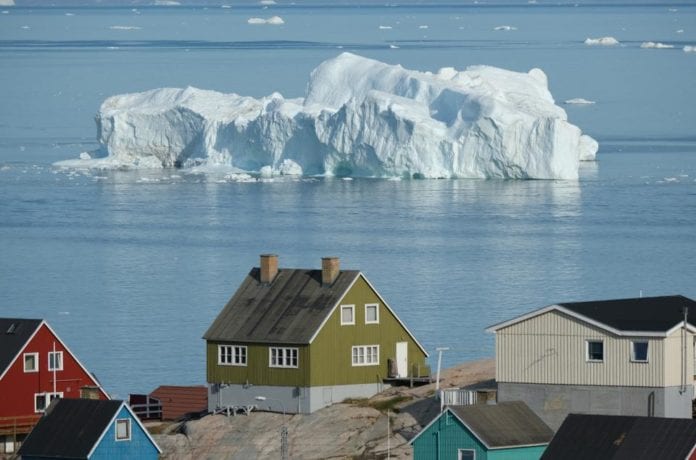 Ancient remains of a giant lake have been discovered under Greenland. The researchers estimate that the lake itself might be millions of years old. The discovery was made in the northwest of the country and is thought to be the result of a phenomenon known as the ‘fossil lakebed.’ It has not been observed before in this part of the world. The remains were found buried deep below the ice sheet of Greenland, which is the world’s second-largest ice sheet after Antarctica’s. It recently garnered some attention when it was reported that the ice sheet of Greenland might be shedding ice too fast.

Other recent discoveries related to the Greenland ice sheet have been made as well. For example, the discovery of 50 subglacial lakes beneath the ice sheet was reported last year. These are bodies of thawed liquid water which have been trapped between the permanent ice and the bedrock. This discovery, however, is very different. The researchers have discovered an ancient lake basin that has been dry for quite a while now. The water has been replaced by the sediments that have been deposited there. The ancient basin is covered by 1.8 kilometers of ice.

The lake, if it were still there, would have had a surface area of 7,100 square kilometers (2,741 square miles). When the lake formed eons ago, there was no ice in the area. The lake in all its glory would have held about 580 cubic kilometers of water. The lake was fed by a network of 18 ancient streams which came in from the north of the location. We cannot say when the lake was formed; however, researchers suspect that it could have drained and refilled multiple times in the past.

The researchers are interested in analyzing the tons of loose rock that lies inside the basin. It holds preserved sediments from a very long time ago and could provide us clues about the environment of Greenland of a era. The sediments can also tell when the ice was present and when it was absent. The basing was identified via observations from NASA’s Operation IceBridge mission. There are many competing theories as to how the basin formed. Some suggest that it could be due to an underlying fault line, and others say that it could be a direct result of glacial erosion.

Whatever the different points of view researchers hold, they all agree that the sedimentary records that can be obtained from this basin are priceless and need to be retrieved. It could not only tell us about the past of the polar region but also help us better predict the future of this uncertain world.