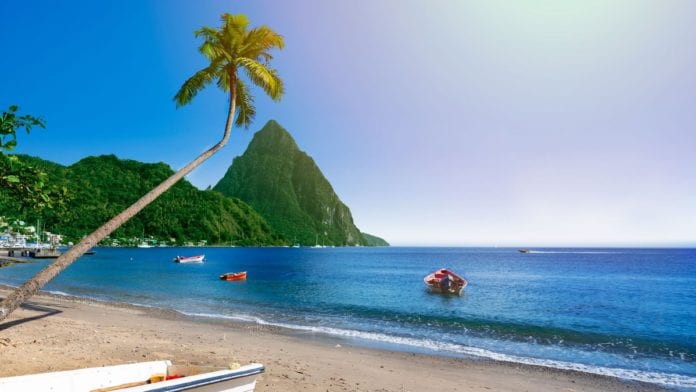 Many small and large islands around the world have been on the mind of climate scientists ever since it has been revealed the seas will rise significantly in the coming times. As these small land masses have existed for a long time, the possibility of losing them due to human-induced climate change is a very disheartening one. The several types of ecologies that exist in isolation on some of these islands are under threat, and it seems like there is nothing we can do about it. Strangely enough, some of these land masses have grown bigger instead of smaller in recent years.

This piece of information has startled many around the world as everyone expected the exact reverse of it to happen. Many low-lying reef islands have been observed to have expanded their footprints in the face of the rising seas around the world. A new study has revealed that most that have been studied have either been stable or have increased in size since the mid-20th century. Geomorphologist Murray Ford employed at the University of Auckland in New Zealand conducted the study.

While the rising seas are still the biggest threat to vulnerable low-lying countries, the assumption that the seas will simply swallow them up is a little misleading. The biggest assumption made here is the fact that islands are geologically static landforms. A 2018 study has shown that out of the 709 islands polled in it, 88.6 percent of them were either stable or had grown in size in recent decades. To get to the bottom of this, Ford and his fellow researchers investigated Jeh Island, one of the 56 islands that make up the Ailinglaplap Atoll, a part of the Marshall Islands.

Since it has been established that most of these islands are growing, the question that remains is how? In their case study of Jeh Island, the researchers collected aerial and satellite imagery and its sediments to figure out what was going on. While we do not know much about how these islands are formed, the data suggests that the new parts of Jeh are recently generated organic material produced by the nearby reef. This suggests that islands with healthy reef systems surrounding them are constantly adding mass because of the sediments the reefs are constantly generating.

While this might be thought of as a short term relief, there are many unanswered questions here. Since healthy reefs themselves are a rarity these days, till when can we expect this process to go on? Can it keep pace with the rising sea levels around the world? These questions are extremely important, and answering them quickly is an important step in finding out how badly we will damage the world we live in.