With the release of Super Smash Bros. Ultimate just about three weeks ago, fans have been excitedly exploring all Nintendo’s latest fighter has to offer. With its incredibly diverse cast of characters, extremely detailed single player mode and the sheer amount of replayability in its varied game modes, Ultimate seems all set to become the definitive fighting game for a long, long time. However, with the release of yet another Smash Bros. title comes the inevitable question of how the game will stack up in the e-sport scene. Will this game be competitively viable for tournaments? What kinds of rules and regulations would need to be attached to a game for it to be ‘tournament standard’? What would the final tier list look like for the game, taking into account the massive character roster? All these questions got me thinking: should Smash Bros. be competitive at all? Was it even created to be a competitive game? The origins of Smash Bros. as a major e-sport event is both interesting and compelling, and the franchise as a whole has had a very mixed relationship with the e-sport scene.

Competitive Smash Bros. has its roots in the release of the second game in the franchise, Super Smash Bros. Melee in 2001. Unlike its predecessor, Melee had all the elements needed to become a competitively viable game: fast paced movements that allowed for frame perfect inputs that could result in huge combos, a customisable set of rules that could be dialled down for tournaments, and enough characters to ensure that matches weren’t horribly one sided. The speed at which characters moved, plus the various special inputs like wave dashing allowed for players of the highest skill to challenge one another in a contest of reaction time, adaptability and stamina. In 2002, the first Melee tournament was held, and from then on, the phenomenon only grew. Event though debates were had as to whether Smash Bros. was a ‘true’ fighting game, Melee‘s popularity skyrocketed as the Gamecube hit its stride, and Melee along with it, becoming the best selling video game on the platform by far. Tournaments being organised for Melee became a regular affair as fans started to flock to Nintendo’s creation like never before, and the path forward for Super Smash Bros. had never been clearer.

However, Nintendo didn’t quite agree with this, and the release of Super Smash Bros. Brawl reflected this fact.

When Brawl burst onto the scene, fans dived into the game with massive expectations, thinking that Nintendo would have perfected everything that was already masterful about Melee; however, they were in for a huge disappointment. Brawl was anything but competitively viable; the game was slower, less complicated, and introduced new mechanics that seemed to be deliberately designed to make competitive play tricky. On top of all this, the strengths of the character were ridiculously skewered: Meta Knight seemed to be an unconquerable force of destruction and characters like Ganondorf seemed to be doomed to be at the bottom of the barrel. Fans of the series expected Melee 2.0 but instead got what looked and played like a clunky, more gritty looking version of Melee, and they were understandably confused.

The creator of the franchise, Mahsahiro Sakurai, has stated that Smash Bros. was never meant to be a game to be competitively viable, and that the goal of the game was not to be accessible to the e-sport scene. His original vision for Smash Bros. was that its a fun, enjoyable romp where players can have fun by matching up one character with another. Sakurai has stated that he doesn’t like games with complex control schemes or long, complicated commands for character inputs, which is a fundamental reason why Smash Bros. relies on one button and four directions to perform special attacks; such an ingenious system, but definitely one that no other person would have thought of in the context of a fighting game. After Meele gained so much popularity as a popular tournament fighter, Brawl was a huge step back. As such, the mod Project M was popularly used in tournaments in order to strike a balance between the new inclusions in Brawl and the gameplay of Melee. This became the staple for a majority of the serious competitive Smash Bros. scene for a while.

In 2014, the sequel to Brawl, popularly dubbed Super Smash Bros. 4, was released and while it was an improvement over the slower gameplay of its predecessor, it was still seen as inferior to Melee for competitive play. However, it did become the staple Smash Bros. fighting game used in tournaments around the world, completely erasing Brawl from competitions. That is all set to change with the worldwide release of Ultimate though, as due to the inclusion of all stages and characters, amazing improvements in gameplay and design, and incorporation of new modes, it seems clear that all other Smash Bros. games will be rendered redundant due to its sheer coverage. It looks like Brawl, along with Smash 4, will now be confined to the recesses of time as the world moves on with Ultimate. However, the question remains as to how viable Smash itself is as a competitive game?

The short answer? Extremely viable. There is no doubt that Smash can work as a game in the e-sport scene. Whether it was meant to is an entirely different question, albeit one that has already been answered: Sakurai didn’t create the game for it to be a staple in e-sports. However, the fact that it now is one just goes to show how video games can be experienced differently by people. It’s not like Smash Bros. doesn’t work as a fighting game, because it most certainly does. However, it also works as a casual game you can enjoy with friends at a party, and that’s what’s so great about it. I’ve seen countless people on the Internet claim that Smash is only for elite players and that so called ‘casuals’ have no right to play the game because they’re not taking it seriously enough, but why should you deny people the experience that they want out of a game just because its not the same one you want? Let people get whatever they want out of the game without trampling on the experiences of anyone else. The competitive Smash community has been long pegged as toxic and elitist due to the attitude that the more hardcore gamers have shown towards people who just want to experience the fun in pitting Mario and Link against each other; with the release of the game that encapsulates everything we love about Nintendo, don’t you think we can try to fix that? I for one, think we should. 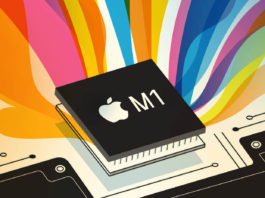 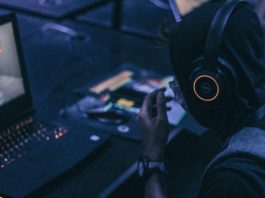 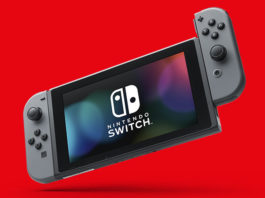 How To Connect Bluetooth Speaker/Headphone to Nintendo Switch