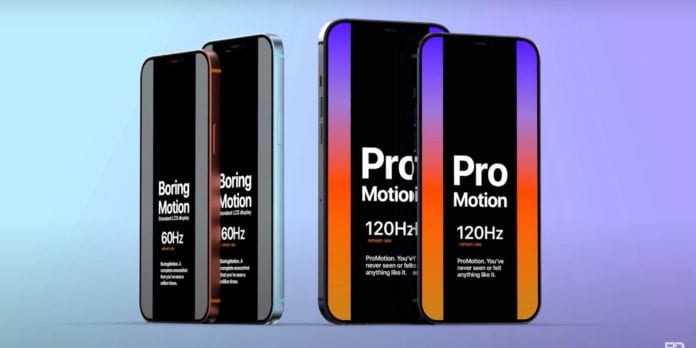 Apple’s recently revealed iPhone SE (2020) has not just made the premium mid-range smartphone market more exciting and competitive than ever but has also sparked an increased intrigue for the upcoming iPhone 12 Pro.

While enough has already been leaked about the upcoming smartphone by various tipsters, a massive leak now comes from XDA Developer’s writer Weinbach.

Through a video on the EverythingApplePro’s YouTube Channel, he talks about the phone’s camera, design, colours, and other iPhone 12 Pro related specifications and features.

According to the video, the only component that has kept Apple from going ahead with the production of iPhone 12 is the rear camera setup. They seem to have pretty much figured out the rest of it though. The leaks have also detailed the camera features that will be coming in the new iPhones.

Previously, there were some rumours indicating the arrival of a 64MP camera sensor at the back of the iPhone 12, but it looks like that would not be happening this year. Weinbach reports that Apple engineers were not satisfied with the autofocus performance of the 64MP sensor, so it means that the new iPhone might yet again stick with the 12MP sensor.

Will the Poco F2 Live Up to the Standards Set by the F1?

On the positive side, Apple will be focusing a lot more on low light photography this year. The smartphone is said to get improved autofocus for low light situations due to a larger sensor, LiDAR and software improvements.

The iPhone 12 Pro is expected to feature four camera sensors at the back, with the LiDAR being the additional sensor over the three already existing sensors. Weinbach adds that the cameras should also have better subject recognition and improved slow-motion video recording in low light situations.

The inclusion of the LiDAR sensor can also mean that the new iPhone 12 may finally bring portrait videos as a feature. On the other hand, the telephoto lens, in particular, may also get upto 3x optical zoom, 1x more than the current iPhone 11 Pro Max.

Weinbach also re-confirms that new Apple may have flat sides like it was in the iPhone 5, 5S. He also said that engineers found this design to be more robust than the ones being used right now or were being used between the iPhone 6 and iPhone 8 models.

The Xiaomi Mi 10 Is Grossly Overpriced In India – Here’s Why!

The exact battery capacity is not known for the iPhone 12 Pro, but it will definitely be more than the current models. This has been done to deliver comparable battery performance despite a 120Hz display.

Coming to the display, it has been mentioned that the new iPhone will be featuring something called as ProMotion Technology, which basically means that it’ll have a 120Hz refresh rate. However, it will be coming only to the 6.1-inch and 6.7-inch Pro models. The lower end 5.4-inch and 6.1-inch models will stay limited to a conservative 60Hz.

Furthermore, all of them will feature OLED panels. Apple is also working on dynamic switching between the 60Hz and 120Hz refresh rate in order to improve battery performance. The iPhone 12 Pro will probably change the refresh rates based on the apps that a user is using.