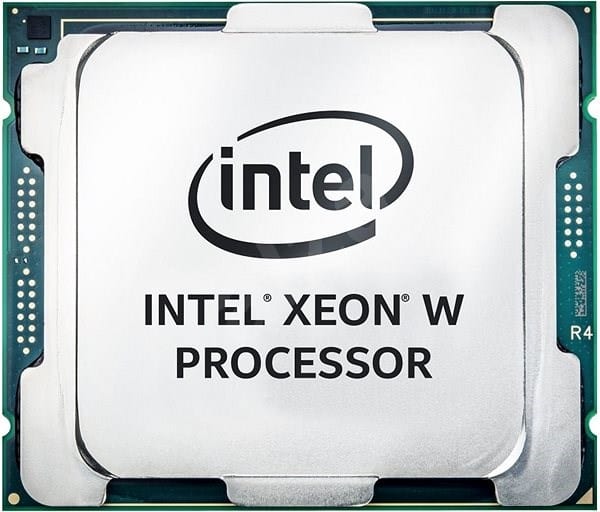 Intel’s Xeon W series for mobile workstations was spotted back in March. The earlier spotted were the Xeon W-10885M and Xeon W-10855M. The alleged specifications for the flagship processors were leaked by Momomo_Us at that time. After months of wait, the CPU is spotted again with the specifications and the benchmarks. The leak came from Twitter user Rogame.

There is a little bit of change in the details about the processors that we have already got from the previous leak. Intel is going to include the 10th Gen Xeon W SKUs in the 10th Gen comet lake family. The processor will go through some workstation enhancements. The enhancements include support for ECC Memory, the Intel vPro Platform Eligibility, Intel Stable Image Platform Program, and Intel Trusted Execution tech.

The other model – Intel Xeon W-10855M has a cache size of 12MB coupled with 6 core and 12 threads. Furthermore, the chip will feature a boost frequency of 5.1 GHz and a TDP of 45W. It shares the same specifications with its sibling Core-based i7-10750H.

If we refer to the benchmarks, CPU’s scores were impressive and it is showing the capabilities of the processor. The CPU’s scores in 3DMark Firestrike Physics and 3DMark Time Spy CPU tests were 21,687 points and 9145 points respectively. These scores are better than AMD’s flagship Renoir mobility processor Ryzen 9 4900HS. Intel’s Xeon processor proves to be faster than AMD’s Renoir mobility processors. AMD is not offering some of the essential features for a mobile-based workstation like ECC memory support. In terms of performance also AMD lacks behind. Now, it has become clear that Intel is offering a better CPU for mobile workstations compared to AMD.

The interesting fact is that the Intel Xeon W mobility lineup comes with additionally coupled NVIDIA’s Quadro RTX discrete graphics cards. This makes the processor a much better option than others. NVIDIA’s Quadro RTX Mobile GPUs feature 24 GB of GDDR6 in their top model. It can scale up to the TU102 SKU. These facts again prove why Intel is the best option right now.

Intel has done a very good job by the 10th Generation Xeon lineup. It has left AMD behind in the mobile station processors. However, we have to wait for the launch of the CPU and the vendors to announce that they are going to feature the processor. We can expect the best results from the processor.