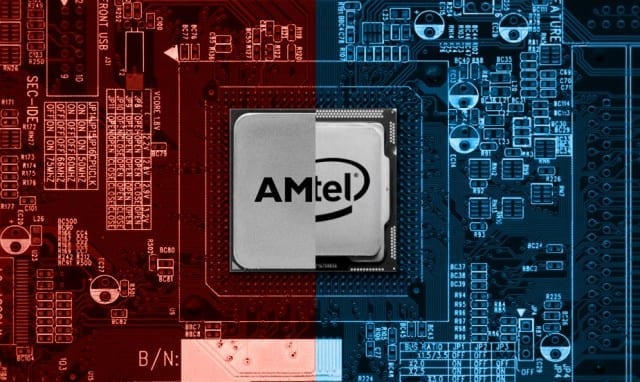 AMD’s CEO Lisa Su, during her keynote at Computex 2019, claimed that her company’s upcoming EPYC Rome data center CPUs, based on the 7nm process node, will be twice as fast as Intel’s Cascade Lake Xeon processors using a well-known benchmark. Intel responded by saying that the Intel test systems were not configured properly and that the processors selected for the benchmark were not the most applicable. Intel has now released its own set of benchmarks to disprove the claims made by AMD.

The reason behind Intel taking such a step would surely be the importance of data-centric businesses for the company. Data-centric sales are currently worth almost half of Intel’s total revenue. So it’s quite understandable for Intel to do whatever it can to ensure that AMD takes as little as possible of Intel’s market share. The fact that AMD’s upcoming EPYC Rome processors are far superior in terms of core count and manufacturing process to Intel’s Xeon lineup. While Intel’s flagship, the Xeon 8280, features just 28 cores and 56 threads, AMD’s EPYC Rome CPUs will feature up to 64 cores and 128 threads. Apart from this, a more modern manufacturing process will also ensure better pricing and less power consumption. All this makes these benchmarks quite crucial for Intel, as it desperately needs something to show against AMD, as most of the other specs seem to be favoring the team Red, at least on paper.

The benchmarks released by Intel were between AMD’s dual socket server with 128 cores and 256 threads and Intel’s server with 56 cores and 112 threads. Intel claims that after correctly optimizing its system, they were able to score up to 30 percent higher than what AMD had presented at Computex. Although the scores were better than before, Intel’s chip was still behind AMD’s EPYC chips. So, Intel also included test scores for the Xeon Platinum 9000-series processor chips. These are equipped with up to 56 cores, and 112 threads with TDP ratings reaching up to 400 W. The results for these Intel chips, when compared to AMD’s 128-core chip, showed a lead of 1.5 percent for the 96-core 9242 processor, and a significant 23 percent lead for the 112-core 9282 chip.

For the pricing, looking at TDP ratings can give a fair idea of the cost of these processors. AMD’s EPYC Rome chips are expected to have a maximum TDP of 240 W while its Intel counterpart, the Xeon 9282 and 9242 have 400 W and 350 W TDP, respectively. Higher TDP generally leads to a higher price. So, we can expect the EPYC Rome to be priced lower than the Intel Xeon chips.

Tom’s Hardware contacted AMD for details about its test configuration, and the company responded with this:

These test results did improve the scores of Intel’s chips, the reason being the use of correct optimizations. And these new results have shown how it’s never advised to blindly believe these benchmarks provided by vendors themselves. Another thing to keep in mind is that these benchmarks don’t give the full picture and shouldn’t be taken too seriously. They are not at all reflective of a chip’s actual performance in the real world.

AMD’s 7nm EPYC Rome server chips are expected to hit the markets this quarter and we’ll be able to do a proper comparison only after that.