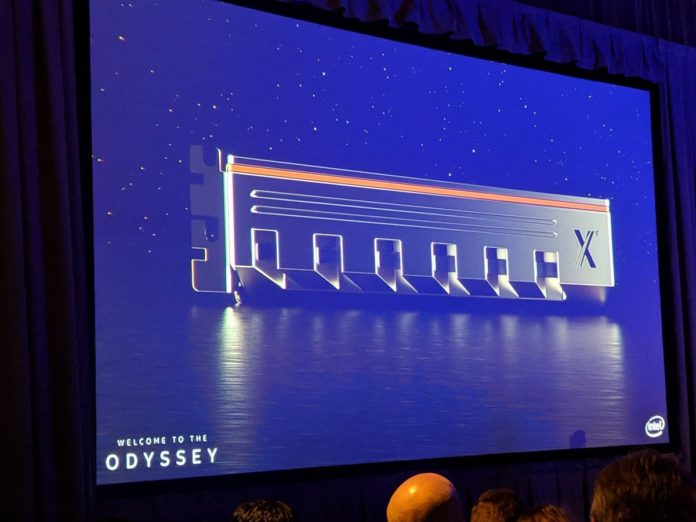 At GDC19, Intel paid extra attention to graphics processors that lie at the heart of the gaming industry. Three core announcements were made with regard to the company’s GPU portfolio. Firstly, the concept designs of Intel’s much purported Xe discrete graphics cards were revealed. Keep in mind that these come directly from the Intel community, in contrast to an earlier render that was the creation of Cristiano Siqueira. Secondly, Intel introduced a brand new Graphics Command Center that will go up against NVIDIA’s GeForce Experience and AMD’s Catalyst, although as of now it’s really lacking compared to its competitors. The third and final bit of info was with regard to Intel’s Gen11 integrated graphics processor that for the first time will challenge AMD and NVIDIA’s low-end discrete graphics solutions.

Intel’s so-called Odyssey program has been taking in a lot of feedback from the enthusiast gaming community with regard to what they want from Intel’s discrete graphics offerings. Last year, we saw the first unofficial render of Intel’s Xe graphics card, courtesy of Cristiano Siqueira and now Intel has officially shared a few more designs that seem to have been made by the community as well.

These look somewhat similar to the Optance shrouds, but with an added backplate and the traditional blower-fan concept. The top has a gorgeous aluminum built with a single blade fan at the very center. This is similar to a mid-range card like AMD’s Radeon RX 570 or the NVIDIA GeForce GTX 1050 (except this is a dual width part). The sides have received some extra attention with some fancy grooves, along with the Intel Xe logo on one end.

Intel’s Ice Lake CPUs will finally upgrade Intel’s arsenal to the 10nm node, but that’s not the only surprise. These chips (or rather SoCs) will include the Gen11 graphics processors that are supposed to be Intel’s greatest leap till date as far as iGPUs are concerned. Although the core architectural design will be the same as the Gen9 graphics, the raw computing performance has seen a significant uplift. The execution units have been increased from 24 on the former to 64 in case of Gen11. This is an increase of 2.67x in terms of compute or shader performance.

The Gen11 engine is also capable of executing two pixels per clock, a 2x boost compared to its predecessor. It also supports tile-based rendering and immediate mode rendering, reducing memory and bandwidth usage as well as providing developers with more flexibility.

Just like Gen9, Gen11 features the slice-based design with each containing multiple subslices, a “slice common” and lastly the L3 cache. The cache has been increased to 3MB and the local shared memory has grown from 192 KB to 512 KB, with separate processing lanes to improve multi-processing. The subslices contain 8 EUs each, together bringing the count up to 64. They also include a local thread dispatcher unit along with its own instruction caches. An SLM (shared local memory), a media sampler unit, a texture sampler unit and a data-port also make up a subslice.

The Gen11 graphics will support all major APIs from DirectX, OpenGL, Vulkan, OpenCL as well as Metal. A new HEVC encoder with 30% bitrate reduction over Gen9 has also been introduced. 4K and 8K video streams and support for Adaptive Sync has been integrated as well.

The CPU and the GPU will be interconnected using the SOC ring interconnect, and by looking at the figure it’s clear that the GPU will be taking up a lot more die space than the CPU. This all culminates into 1 TFLOPs of Single Precision and 2 TFLOPs of half-precision compute performance, a massive boost compared to Gen9.

NVIDIA’s GeForce Experience and the Radeon Catalyst have a new rival in the form of Intel’s Graphics Command Center. Although still in the early stages and far from comparable to its competitors, it is a step in the right direction and by the time Intel’s discrete graphics cards finally arrive in 2020, it should be ready to roll. It looks a lot like NVIDIA’s GeForce experience when it comes to the features which include one-click game optimization, explanation of various graphics options and demonstrations of what different effects look like.

The Intel Graphics Command Center is supported from the 6th Gen Skylake lineup onwards. It can be downloaded from the Microsoft Store, unlike GeForce experience which comes bundled with the drivers.

The groundwork has been laid. At the next GDC or perhaps even before that Intel should be ready with its new Xe discrete graphics cards to challenge NVIDIA and AMD in an already cutthroat market.